While they receive hundreds of millions of dollars in public funding, private schools in BC are excluding LGBTQ2S+ parents, families and staff, teaching creationism and even banning Halloween and school dances, according to our latest analysis.

In this first part of our three-part series, we look at schools where the teaching of evolution is seen as optional (at best).

If you agree its time to end the private school giveaway, write to your MLA.

To qualify for public funding, private schools are required to teach the BC curriculum, which includes the basics of evolution in Life Sciences 11. While those schools can add to the curriculum and teach the content in innovative ways, we didn't have to dig deep to find some that have no qualms about denying science and facts.

Maranatha Christian Academy in Williams Lake has 113 students and will receive about $675,000 this year. Their parent handbook notes, “We stay away from anything that: … Promotes humanistic ideas that might undermine Biblical truth or the pursuit of godly character. (e.g. evolution, self-actualization, self-glorification)”

This school of over 1000 students qualifies for $5.275 million this year. In Life Sciences 11 “students will start by looking at the scientific theory of evolution woven together with Biblical perspectives of creation”. 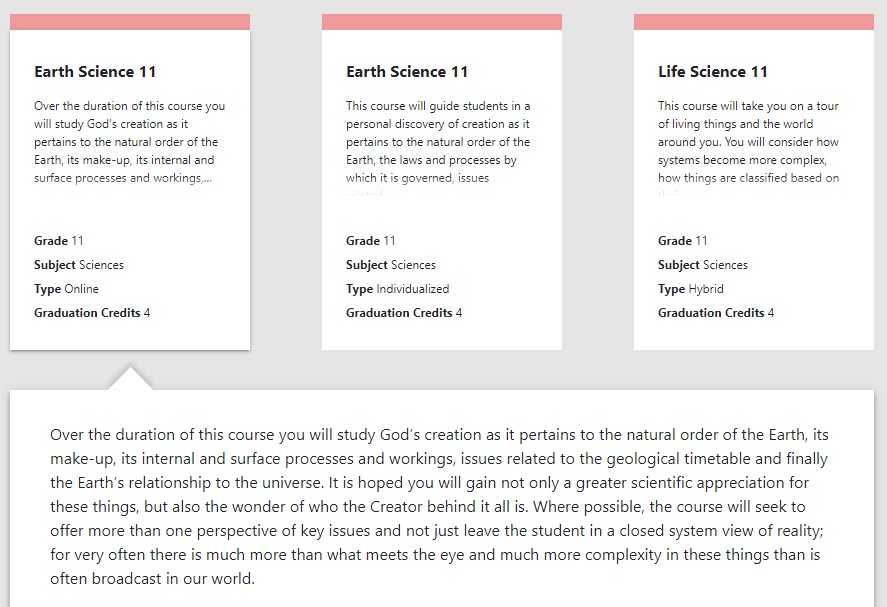 This online school is the largest independent school in BC, with over 4700 students. As such, it stands to receive over $22 million. As an online school, its funding was actually reduced in changes implemented last year. Many of the courses offered by this school, which owns the URL onlineschool.ca, discuss creation and rely on Christian textbooks.

This includes 'teaching the controversy,' as in one Earth Science 11 class, which says, "Where possible, the course will seek to offer more than one perspective of key issues and not just leave the student in a closed system view of reality." Another says that "Students will explore these concepts through a Christian worldview that seeks to also evaluate competing worldviews in order to equip them with the ability to evaluate each from a biblical perspective." 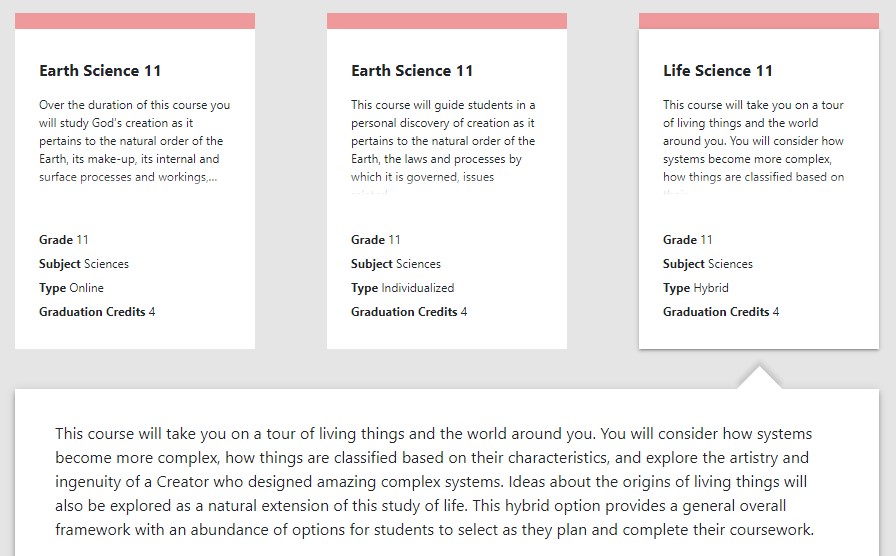 A Life Science 11 description states says students will "explore the artistry and ingenuity of a Creator who designed amazing complex systems."

These latest schools build on those we identified in our previous review of private school websites in 2018. Back then we found a number of other schools that were proudly teaching creationism alongside, or instead of, evolution in their science classrooms.