Letters to the Editor by a Modern Humanist - Theo Meijer

Letters to the Editor by a Modern Humanist - Theo Meijer

I have always enjoyed the world of ideas more so than that of activism. It is stimulating to read about and discuss current concerns and formulate opinions.

However, if they remain unwritten and therefore inaccessible to others, I wondered if one might as well not have formed any opinions at all.

Perhaps, therefore, it is a matter of "I write, therefore I exist!"

Finally, I hope that these opinions will stimulate debate and contribute to further discussions.

Spanning more than two decades Letters to the Editor by a Modern Humanist captures the thoughts and ideas of lifelong modern Humanist Theo Meijer on contemporary issues such as politics and democracy, morality, religion, and, of course, modern Humanism. Responding either to articles or letters from a variety of publications, or writing more comprehensive articles for Humanist Perspectives magazine, Theo Meijer challenges us to question the media's portrayal of matters that impact our freedom and way of life and reach informed opinions about them. Although he did not regard himself as an "activist" we are fortunate that he did take action - both by taking the time and thought to write these letters and articles in the first place and subsequently by compiling them for us to contemplate in this book.

Theo Meijer was a lifelong modern Humanist. For many years he was a senior secondary educator and coordinator as well as a freelance court interpreter.

In his early 30s, after a number of positions in administrative management, Theo got an opportunity to start a second career in education. While teaching, he completed BEd and M.Ed. degrees at UBC and a PhD at Pacific Western University in LA.

He was president of the BC Humanist Association from 1996-1999 and then became involved with the Victoria Humanists, who awarded him with an honorary life membership in April 2009.

Theo coordinated and participated in lecture series about modern Humanism for the Adult Education programs of Douglas College, UBC, SFU and UVic.

He wrote and edited reviews and articles for the Humanist Perspectives magazine and was on its Editorial Committee. He was a member of the Board of Canadian Humanist Publications and a director of the BC Skeptics and was a long-time member of the Bertrand Russell Society.

Letters to the Editor by a Modern Humanist is a collection of letters written by Theo Meijer and was first published in 2010. It is re-published here with permission. 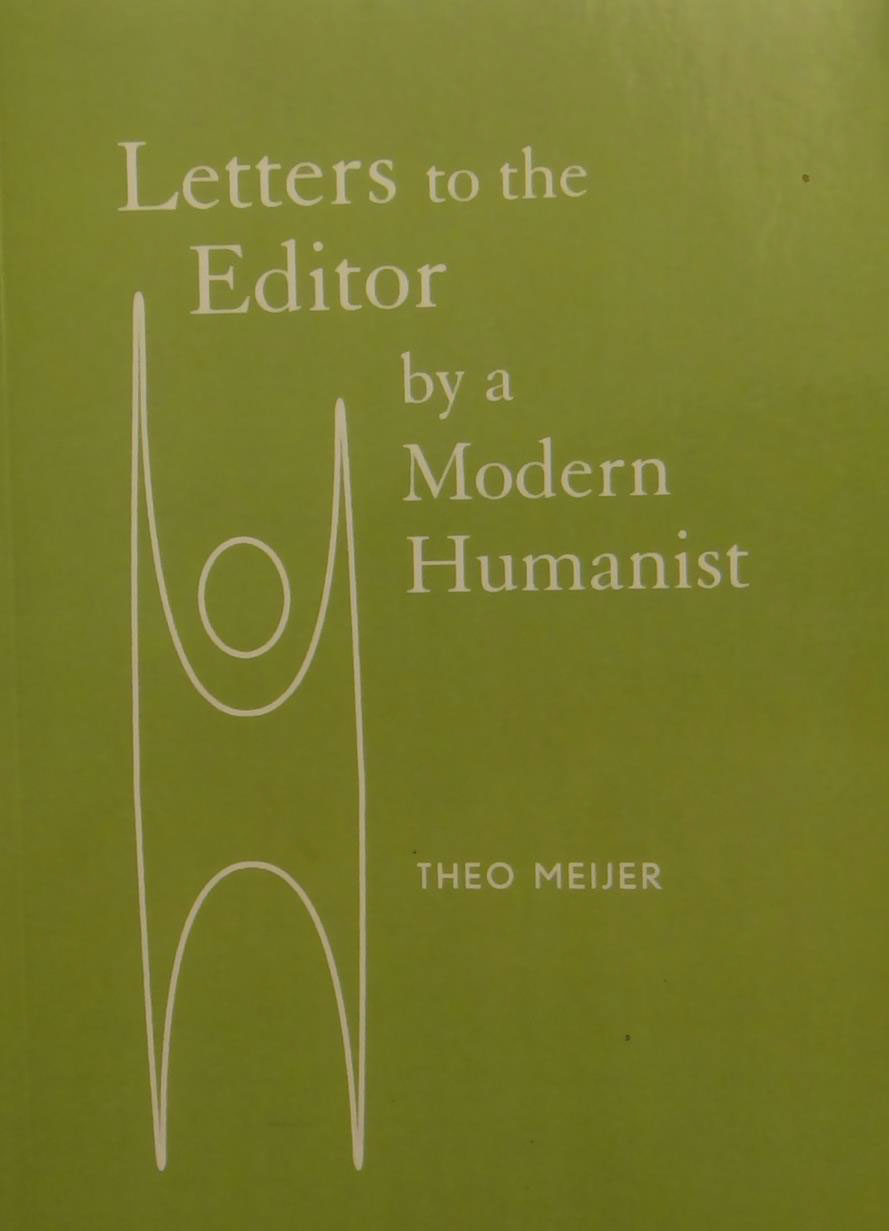 Download the PDF of Letters to the Editor by a Modern Humanist by Theo Meijer.