We've looked at how a few different communities treat religious property tax exemptions in BC and in most of those cases the policies have been long-established. In Summerland earlier this month, its council decided to change its policy.

When we conducted our survey, Summerland was among those municipalities that granted permissive exemptions for religious properties and also applied a public benefits test.

Specifically, under Policy number 200.2, Council outlined an eligibility criteria for organizations applying for a permissive tax exemption. This requires the organization demonstrate its "benefit to the community by providing programs that contribute to the wellbeing of the citizens of the District of Summerland" and that the "principal use of the property is service delivery for the direct benefit of the community" (among other criteria). Council further applied conditions that the property "not be used for commercial ventures or private gain" and that "a caretaker's residence, church manse or other dwellings on the property will not receive a tax exemption."

Nine local churches were provided with permissive exemptions under Bylaw 2016-038, approved October 23, 2017. Three of those churches, the Christian and Missionary Alliance, Julia Street Church and St John's Lutheran Church, were given only partial exemptions for some of their lands as Council deemed it in excess of what the churches required to provide their services. 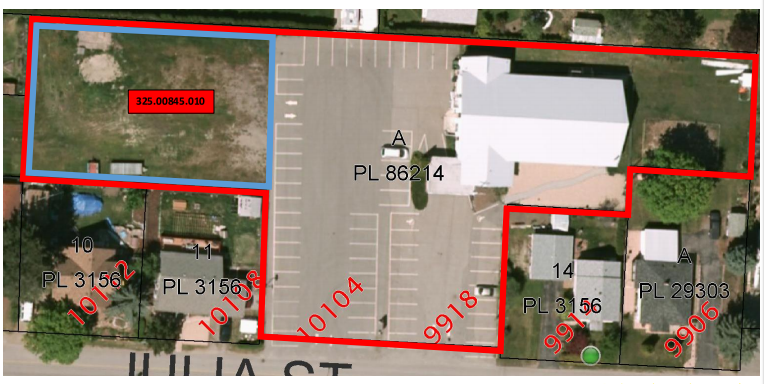 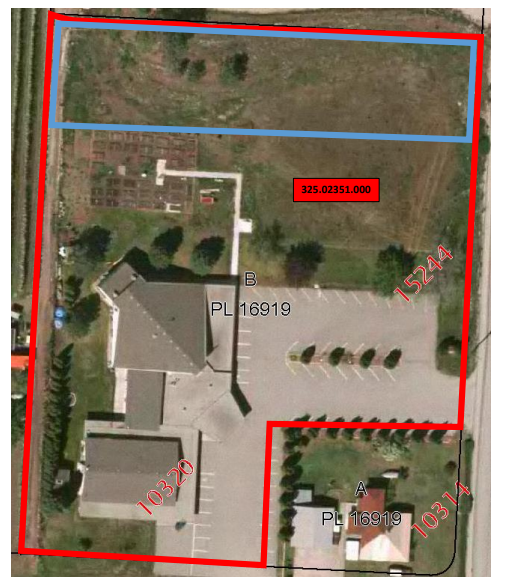 However, at its September 6, 2018 special council meeting, Summerland Council considered a staff recommendation that the three properties pictured above no longer receive any exemption for the excess lands (in blue). This would mean the churches would pay $6093.71 in additional taxes in 2018.

Both Julia Street Church and Summerland Alliance Church have looked to develop low income housing or other services on the vacant lots but those plans remain in early phases.

As reported in the Penticton Western News, at the meeting, Councillor Doug Holmes recommended that rather than an immediate increase in taxes for the three properties that there instead be a gradual phase out of the exemptions. In 2019 the exemption will remain at 70%, decreasing to 50% in 2020 and to 25% in 2021. Council adopted this proposal unanimously.

There are banks of land that could benefit the community

There’s a lot of land out there doing nothing.