British Columbia was one of the first jurisdictions in North America to introduce a carbon tax and has committed to aggressive targets to reduce greenhouse gas emissions by 2050. More action is needed to reach those targets and the Government recently released a consultation asking for input on what it’s priorities and strategies should be to reach those targets.

John Oliver takes on the failings of sexual education across the USA in his latest episode of Last Week Tonight. It’s worth watching the full 20 minute clip.

If the United Church expels its atheist minister, should her congregation join a Humanist group?

Gretta Vosper, the atheist and Humanist minister of a small United Church of Canada congregation in Ontario, is facing expulsion from her church for heresy. You can read the full story in the National Post. Vosper is a member of The Clergy Project which supports current and former religious professionals who have lost their beliefs in the supernatural.

Poems for an atheist's funeral

Kirsten Brawn, one of our Board members, wrote the following poems for a friend’s funeral and wanted to share them. Let us know if you have your own humanist-inspired art that you’d like to share.

Humanists in the 2015 Pride Parade

For the sixth consecutive year, the BC Humanist Association marched in support of Vancouver’s LGBTQ2+ community. This year, we were one of the many organizations to sign a pledge calling for federal and provincial legislation to ensure gender identity and gender expression are protected by human rights laws.

Are city taxpayers on the hook for Papal visits?

Darwin Toivo, a member of the BCHA, forwarded me the letter he recently sent to the Mayor of Philadelphia. Darwin argues that the city shouldn’t have paid for a Catholic mass during the Pope’s recent visit to the city to investigate the city’s issues with homelessness. You can read his letter below.

Christian summer camps, parenting workshops and the Gideon Bibles are being advertised through Abbotsford schools, despite neighbouring Chilliwack having recently ended the practice.

Iceland’s parliament agreed today to abolish the blasphemy provision of the Criminal Code. The Pirate Party’s parliamentarians submitted the proposal in January, which received broad support from all other political parties in Parliament and the matter was unanimously supported by the committee examining the proposal. Icelanders have now taken an important step in guaranteeing human rights and joined other nations which respect freedom of speech and expression. 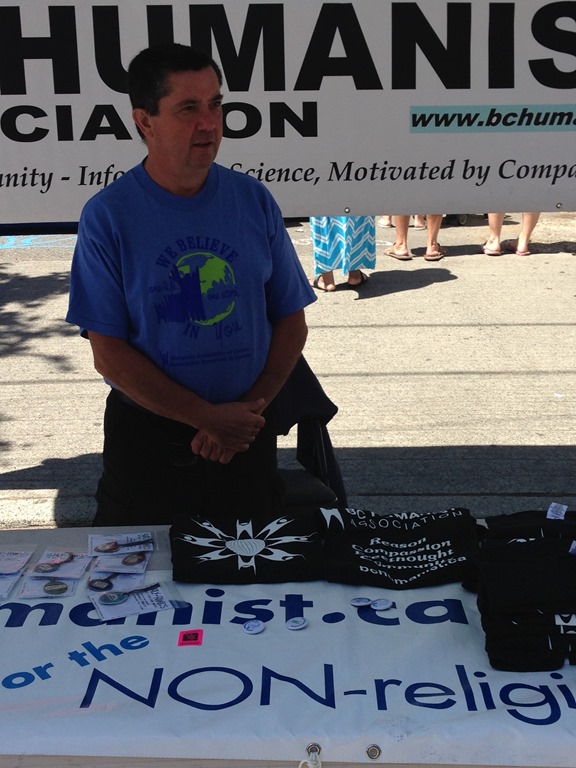 Gord Leslie, Vice-President of the BC Humanist Association, gives the following report on the BCHA at Car Free Day 2015 on Commercial Drive in Vancouver.

The Chilliwack School District has officially ended the distribution of Gideon Bibles to students in its district, a Freedom of Information request has confirmed.