Today is International Blasphemy Rights Day – a day to remember the publishing of the Danish Mohammed cartoons ten years ago that sparked several violent protests across the world.

It’s still an important day for advocates for freedom of expression as people are still being imprisoned and murdered for criticizing beliefs and art critical of religion is still being censored. And blasphemy is still a crime in Canada.

This is why we were very proud to see the City of Victoria support our proclamation recognizing the day. 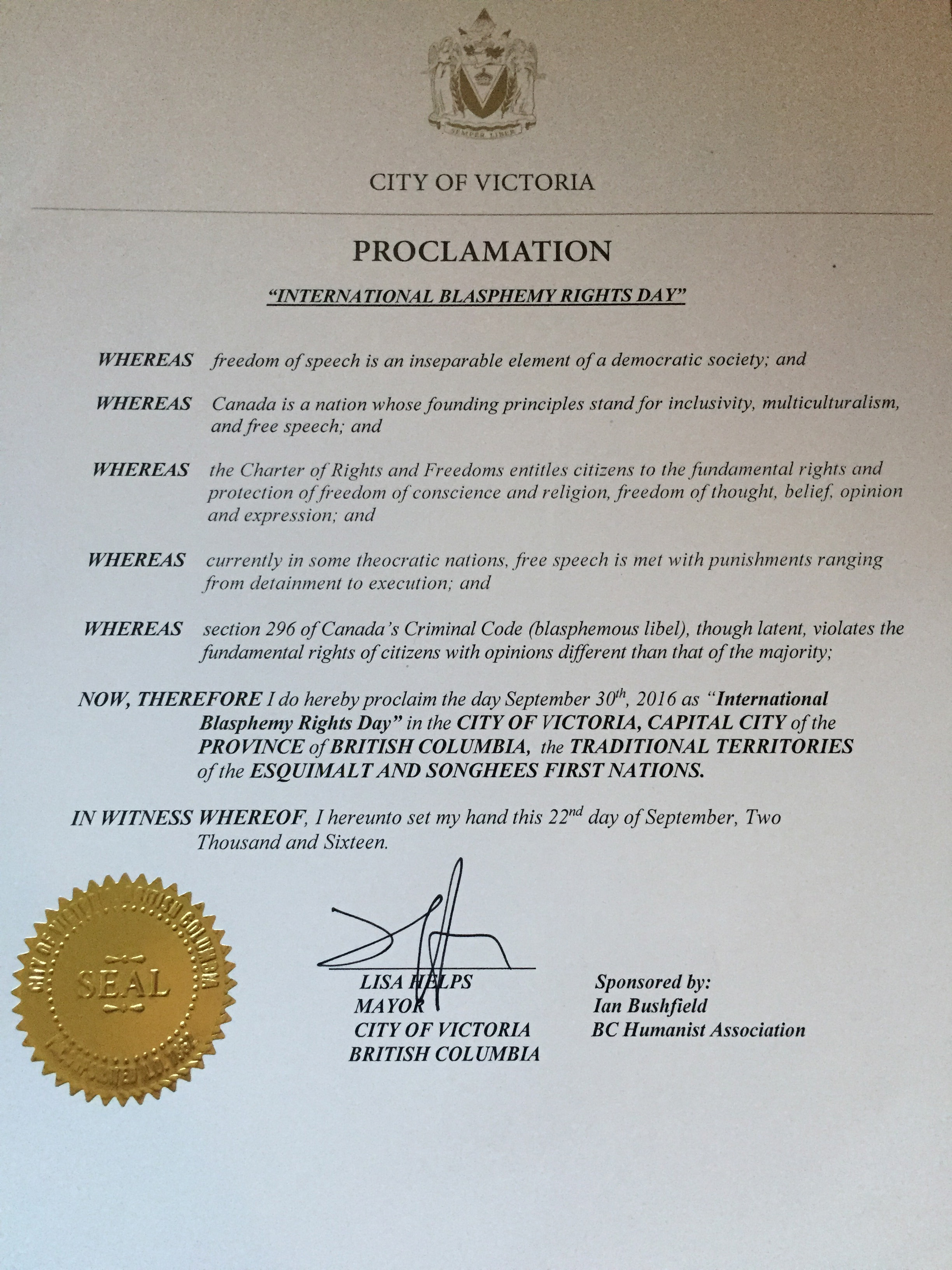 That proclamation has helped us boost the profile of the petition, launched by our friends at the Canadian Secular Alliance and Humanist Canada, calling on the federal government to repeal Canada’s blasphemy law.

Following coverage on CBC Radio One, CFAX 1010, and CHEK TV, we’ve seen over a thousand new signatures on the petition.

Prominent atheist Richard Dawkins has also Tweeted his support of the petition.

As has UK science writer Simon Singh, who successfully fought off a libel suit for criticizing chiropractors.

It's International Blasphemy Rights Day and Canadians should take a look at thishttps://t.co/3VUgTrRWAd

Our challenge is now to keep up this momentum and make sure the government listens.

We need more signatures on the petition and we need your donations to keep fighting campaigns like this and others that defend human rights and secular values.