Humanists speak out in solidarity with Paris

Humanists speak out in solidarity with Paris

Following Friday's horrific terrorist attacks in Paris, I'm happy to see the Humanist community stand in solidarity against violence, hatred and fear. I don't know what more I can add personally to what's been said, so instead I'll highlight what others have been saying in the past few days.

"It was, in every sense, an attack on multiculturalism; an attack on how we find happiness, outside the confines of a strict religious code of submission; an attack on the secular, enlightened spirit embodied by Paris’s vibrant, varied culture."

Andrew Copson, president of the International Humanist and Ethical Union said: we "must always promote humanity and hope, over hatred and fear."

"I feel sadness, not anger. Perhaps that is all I can express today. As a humanist, sadness because of this senseless hurt."

"Under attack were not only the citizens of France, but all people in the world who value human dignity and modern secular society."

"As humanists we understand that we get just one life, so life is very precious to us. It's a core value. The wanton killing in Paris on Friday is a tragic reminder of the need to embrace basic human rights."

While Center for Inquiry USA said:

"Humanity is better than this. The ideals of freedom embraced by the vast majority of us, and enshrined in documents such as the Universal Declaration of Human Rights, represent a bright and shining refutation of the ideology of the terrorists. These attacks remind us that there are religious and ideological fanatics who reject these ideals, but if we stand together, they cannot, they will not prevail."

Humanist Canada said "we are together in our grief and united in our resolve."

Many people took to Twitter in the immediate aftermath of the attacks and #PrayForParis began trending. As a Humanist, I reject the notion of a higher power, even while I can understand the compassion and sympathy behind those messages. So while I won't condemn or criticize those who sent their prayers, I appreciate the response by Charlie Hebdo cartoonist, Joann Sfar: 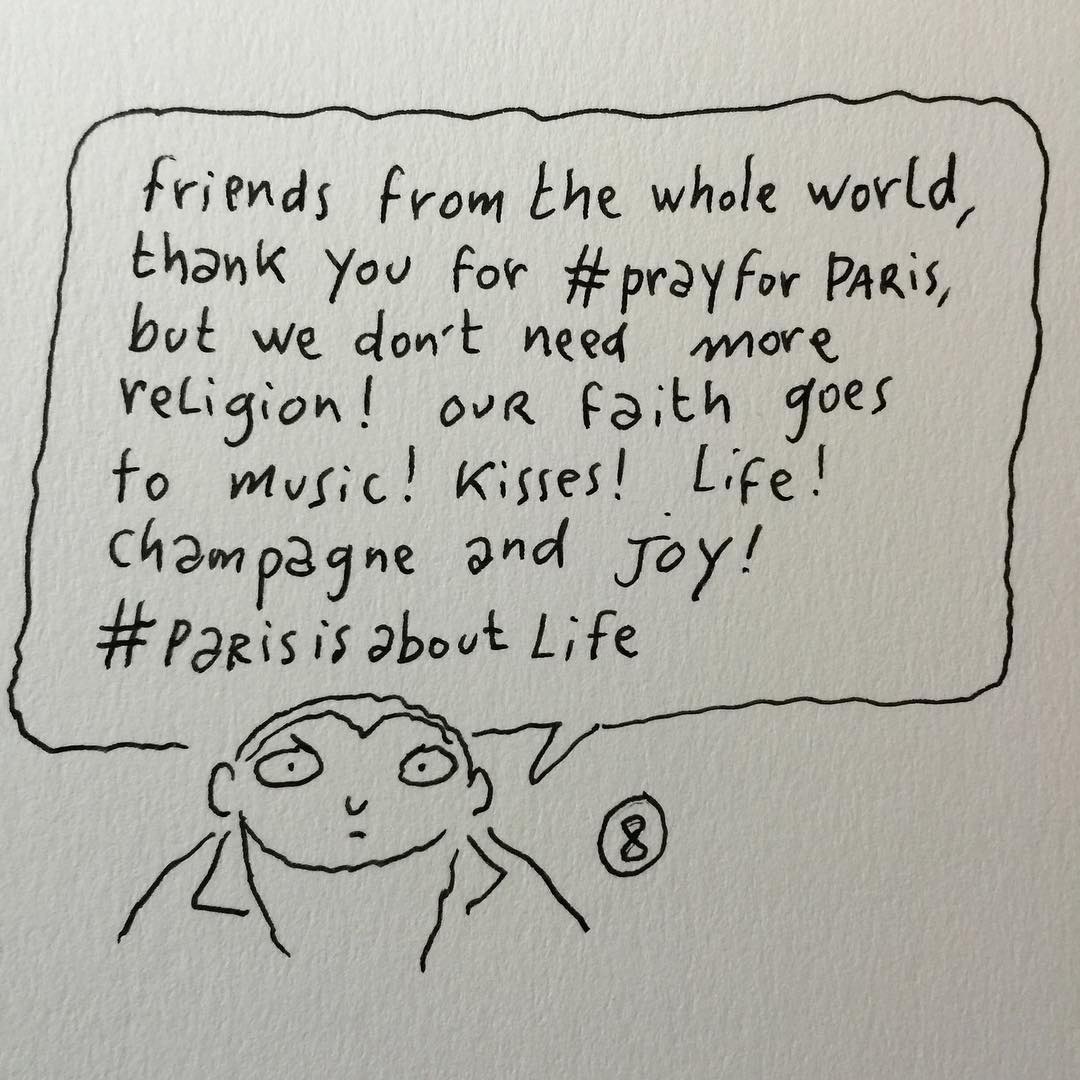 Finally, on Last Week Tonight, John Oliver gave a "moment of premium cable profanity," which serves as a perfect encapsulation of the raw anger and frustration I'm sure many of us felt.