A Humanist View on Toxic Masculinity and Black Male Identity 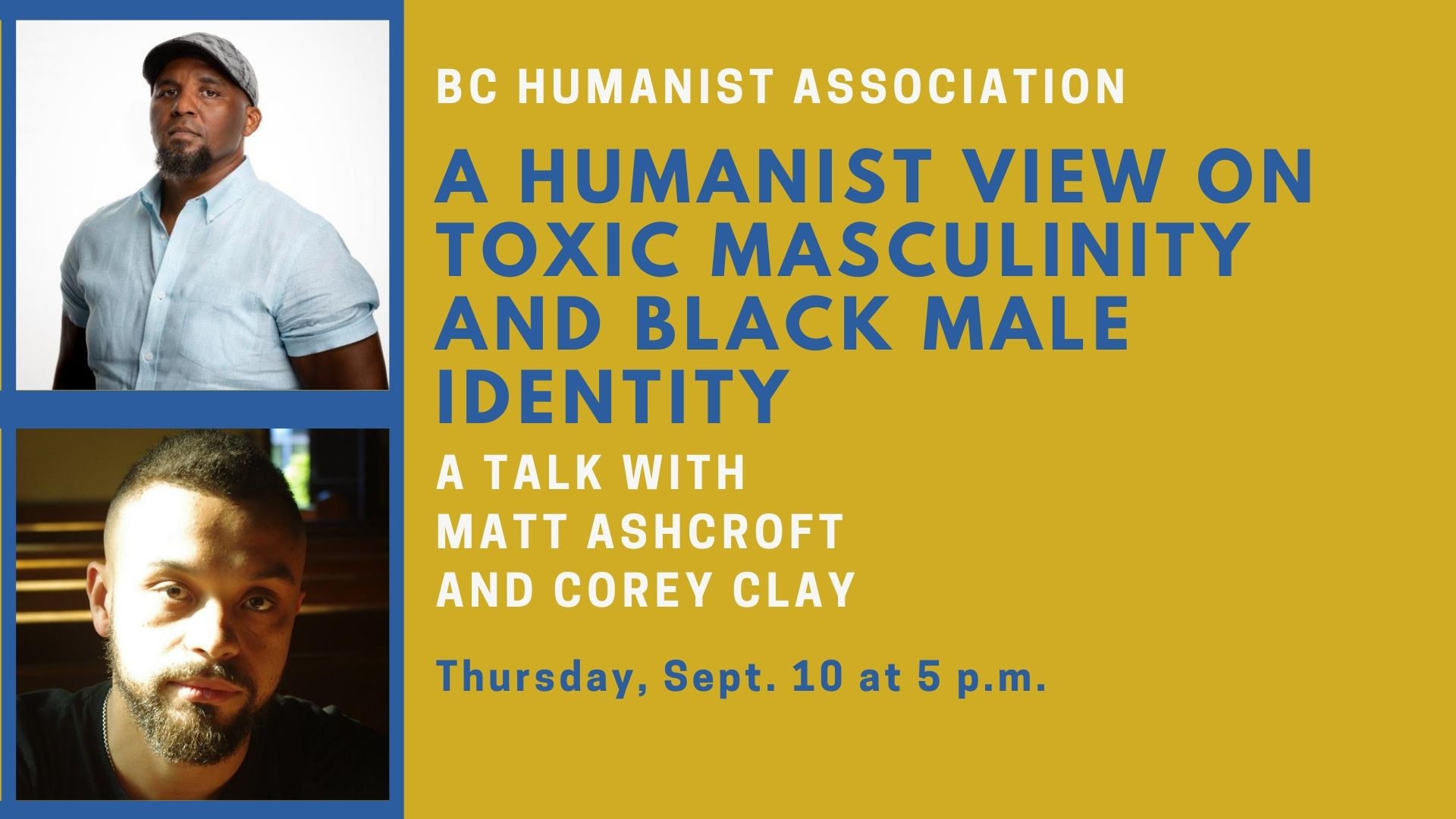 Over time, stereotypes and caricatures about Black men — often dehumanizing and rooted in racism — have evolved into a 'modern' form of Black male identity. In modern media, depictions of Black men are all too often shaped by toxic masculinity and even homophobia.

In this talk, Matt Ashcroft and Corey Clay will dive into how the intersection of race, gender identity, and toxic notions of masculinity can cause harm not only on a societal level, but also to individuals.

Clay has 14 years of experience studying and teaching classes about the criminal justice system in the USA. His work focuses on police violence, probation recidivism and the criminalization of cannabis. He identifies as a Humanist and is currently in the process of moving to Vancouver, BC.

Ashcroft is a LGBTQA2S+ and racial equity advocate, and student at the University of Toronto majoring in Equity Studies. As a conversion therapy survivor, his advocacy includes confronting gaps in legislation that allow for systemic abuses such as sexual orientation and gender identity change efforts to further marginalize LGBTQA2S+ people in Canada, the United States, and abroad.

RSVP below for an invite to the live Zoom event.