Let Peace Be Their Memorial: Mourning less-recognized victims of war 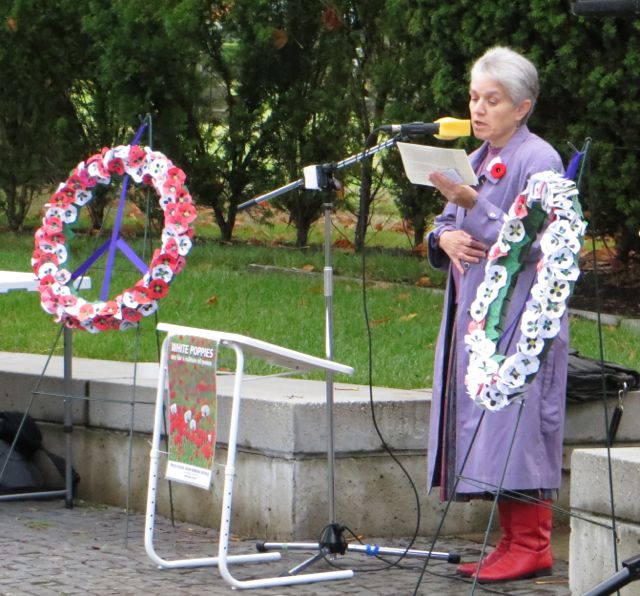 Join us in Vancouver on November 11, 2016 for Let Peace Be Their Memorial: Mourning less-recognized victims of war. A solemn ceremony in which wreaths are laid to commemorate civilian victims of war and conflict.

This event is being co-hosted by Vancouver Peace Poppies and the BC Humanist Association and will take place at the south plaza of Seaforth Peace Park. The ceremony will run from 2:30 PM to 3:45 PM.

The program will start with peace songs and two or three brief presentations followed by the placing of wreaths.

In the main part of our ceremony, wreaths will be placed to recognize the millions of men, women and children whose suffering and death is the price of contemporary war. In addition to major civilian categories, we will also acknowledge some overlooked military victims. Plans to date include laying wreaths in memory of:

Following this there will be an opportunity for individuals and groups to lay their own wreaths commemorating victims of particular conflicts or conflict-related incidents, or the efforts of particular peace groups or individual activists. Please contact us in advance if you would like to lay a wreath.

Closing remarks and participatory singing will conclude this special event.

Note that the proposed time and location have been chosen to minimize any appearance of competition with, or disrespect for, veteran-focused events.

Volunteers: Please let us know if you're able to volunteer.