Let Peace Be Their Memorial 2017 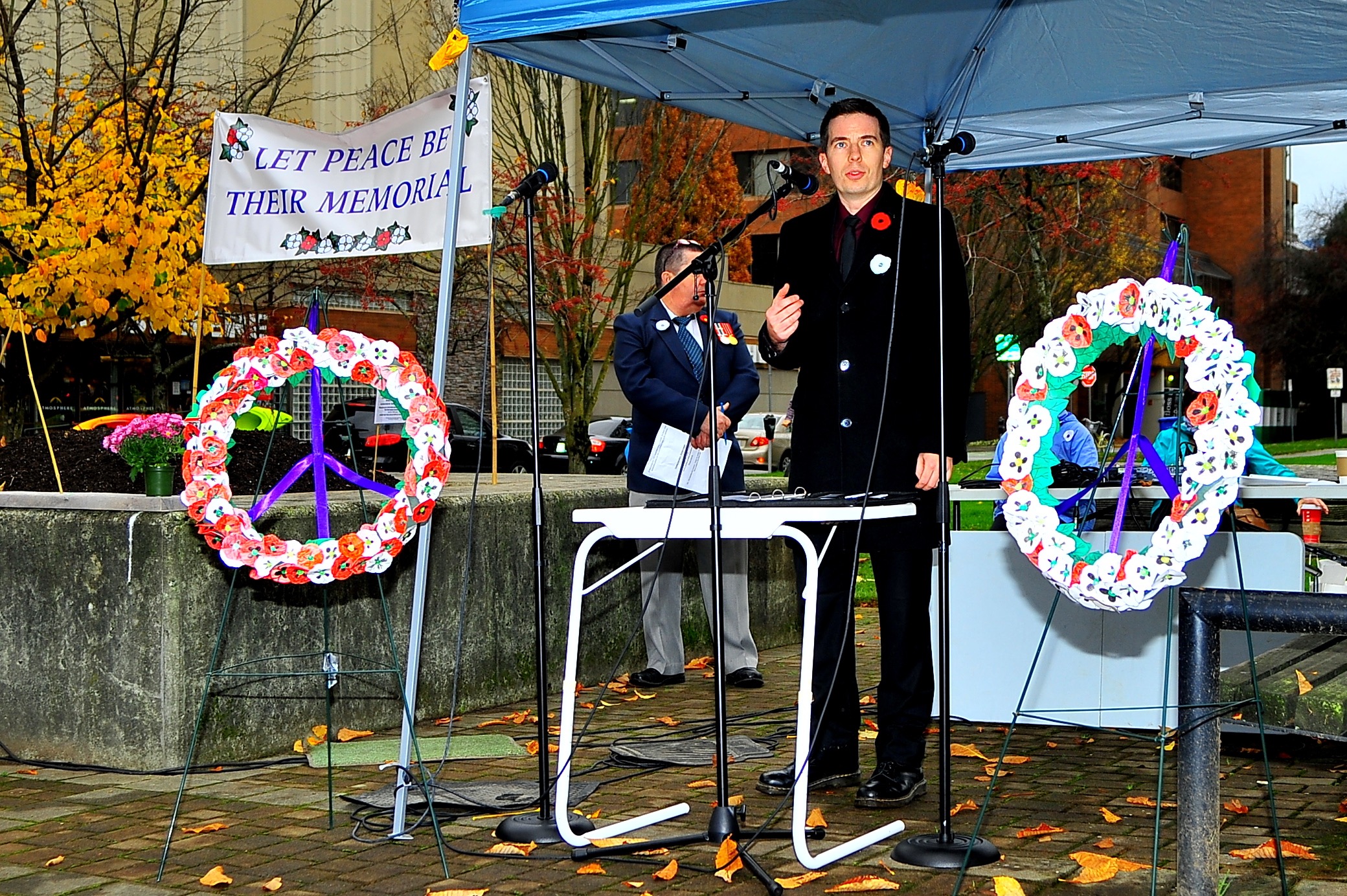 This year, Vancouverites from many backgrounds will gather for a special Remembrance Day ceremony. Let Peace Be Their Memorial will commemorate refugees and other civilian victims of war, groups that aren't normally included in traditional ceremonies.

The wreath laying ceremony is jointly hosted by Vancouver Peace Poppies and the BC Humanist Association. Wreaths of red and white poppies made by local students will highlight the huge growth in civilian casualties. 90% of contemporary conflict victims are non-combatants.

Following this, community groups will lay wreaths to remember victims of particular conflicts.

This event seeks to build off the spirit of Remembrance Day and the importance of reflecting on the sacrifices made by military combatants by also drawing attention to civilian deaths and others touched by armed conflicts.