On Sunday, January 31, 2016, Cherise Louie of Canadian Blood Services spoke to 35 of us on the value of donating blood, as well as their new initiatives, One Match for bone marrow and stem cell donations and cord blood donations. Read more about how, starting in February, we will be hosting regular blood donation sessions in Vancouver.

Take god out of anthem

Today the BC Humanist Association and Centre for Inquiry Canada wrote to Liberal MP Mauril Bélanger asking for God to be taken out of O Canada. Last week Bélanger tabled a private member's bill to make the national anthem gender neutral. Read the letter.

Symbols like the national anthem may not have a great effect on the day to day lives of most atheists but they matter nonetheless.

On Sunday, February 7, 2016, we will have a video showing Jared Diamond speaking about his new (2012) book The World Until Yesterday about what we can learn from traditional societies. 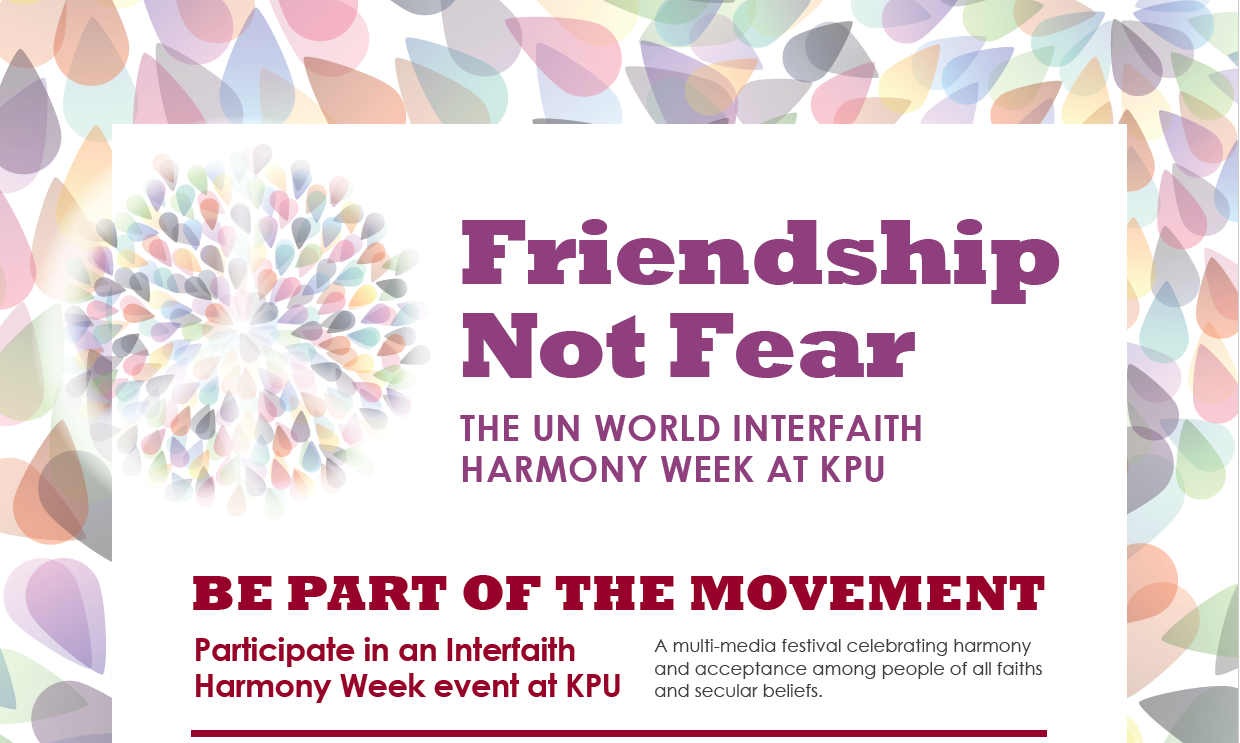 Our Humanist chaplain Marty Shoemaker and the Kwantlen Secular Student Alliance will be taking part in the UN World Interfaith Harmony Week at Kwantlen Polytechnic University from February 2 to 4. Find our more from the poster and on their website. 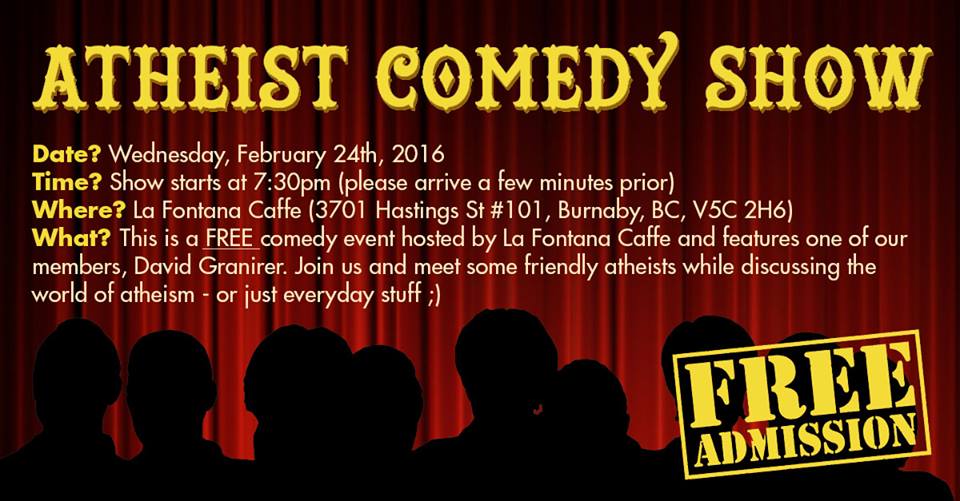 La Fontana Caffee in Burnaby is hosting atheist comedy night with David Granirer (who performed for us in December). The event is free and takes place on February 24 at 7:30 PM. You can find more details on Facebook and check out the Atheist Republic Vancouver Consulate for more events like this.

Comedian Scott Vrooman posted this brilliant response to Rick Mercer's recent rant on Quebec mayor's opposition to the Energy East pipeline. Scott instead urges us to think of the oil economy as being a direct threat to the health and well-being of everyone on the planet as it continues to push us toward climate catastrophe. 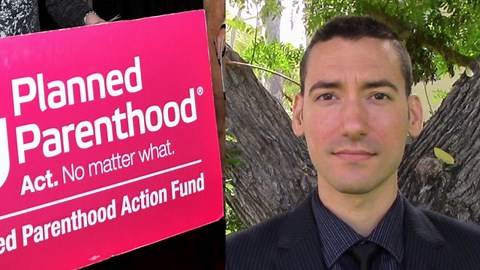 Great news about the campaign of misinformation from a group of anti-abortion fanatics whose antics Republican politicians have been using to justify a concerted attempt to defund Planned Parenthood. The fanatics "went undercover with hidden cameras" and posed as representatives of a medical research organization. They met with representatives of Planned Parenthood and tried (and failed) to get PP's people to agree to sell "baby parts" from aborted fetuses.

Not only did a Texas grand jury completely exonerate Planned Parenthood of any wrong-doing, they also indicted the anti-abortion group for illegally tampering with government records (they used forged driver's licenses) and attempting to buy human body parts. 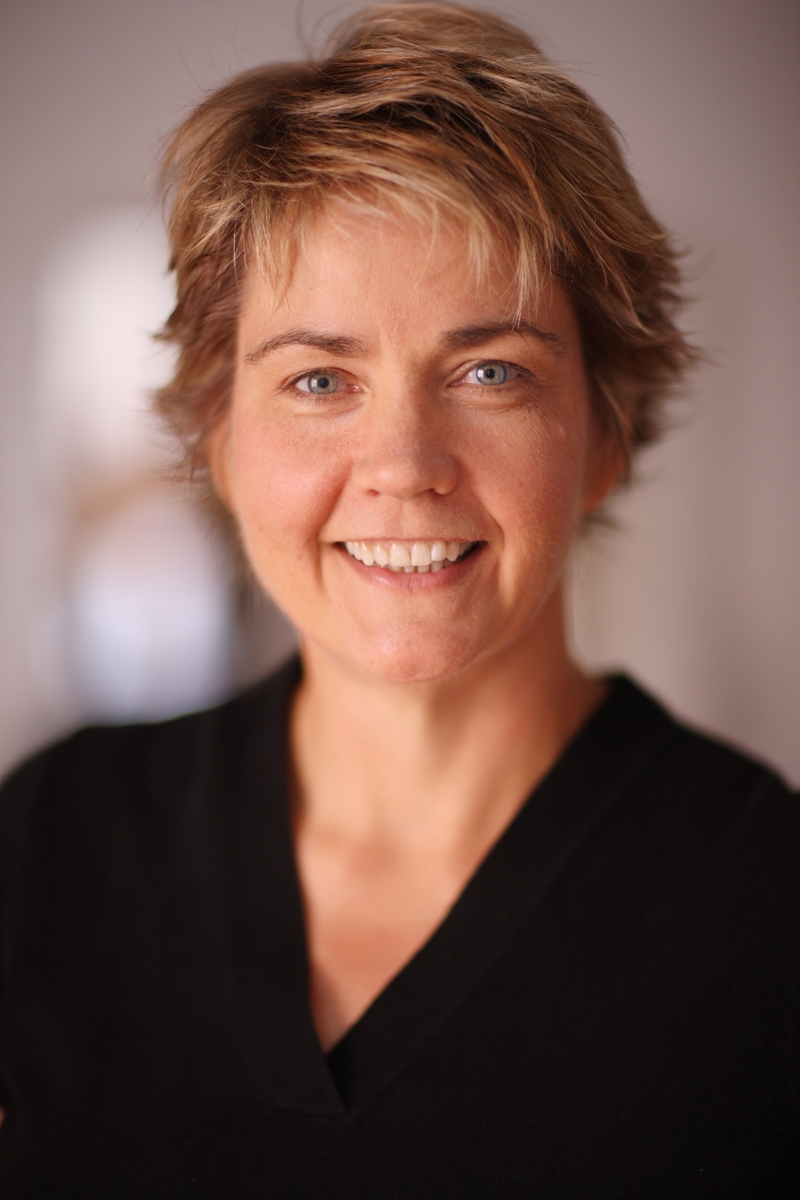 Wanda Morris, 2015 BCHA honorary member, has announced that she's stepping down as CEO of Dying With Dignity Canada. Current COO and National Campaigns Director Shanaaz Gokool will take over as CEO. Wanda is moving to the Canadian Association of Retired People (CARP) where she will be the new Vice President, Advocacy and COO. Congrats Wanda!

In an ugly turn (which the anti-choice movement has been quick to capitalize on), outgoing CARP VP Advocacy and COO Susan Eng took to The Globe and Mail to claim her dismissal and replacement with Wanda was an attempt to bring in a new CARP position on physician-assisted dying. CARP categorically denies these statements on its website. 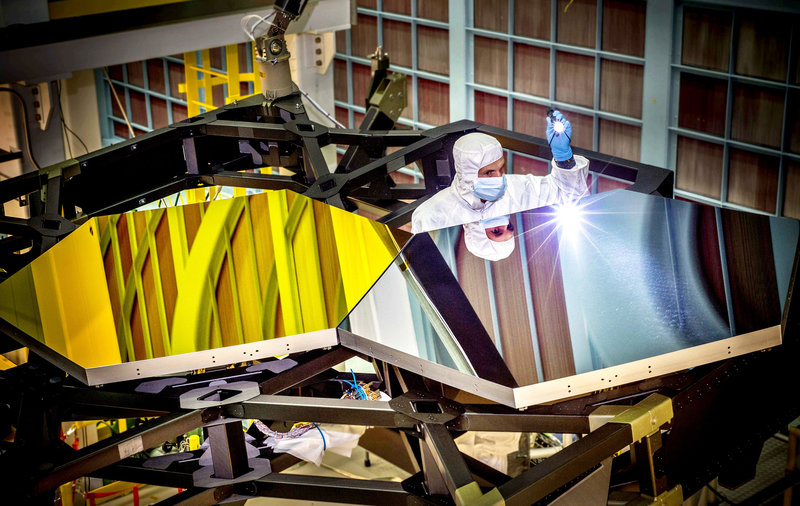 Construction is proceeding on the James Webb Space Telescope, the successor to the Hubble telescope.  The JWST is scheduled to launch in 2018.  It will help find more Kuiper belt objects as well as possibly provide direct images of extra-solar planets around stars other than the Sun. 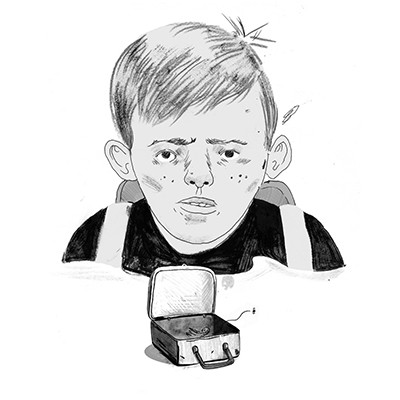 From the Canadian Literary Review comes a very compelling argument for replacing existing welfare schemes with a basic income. 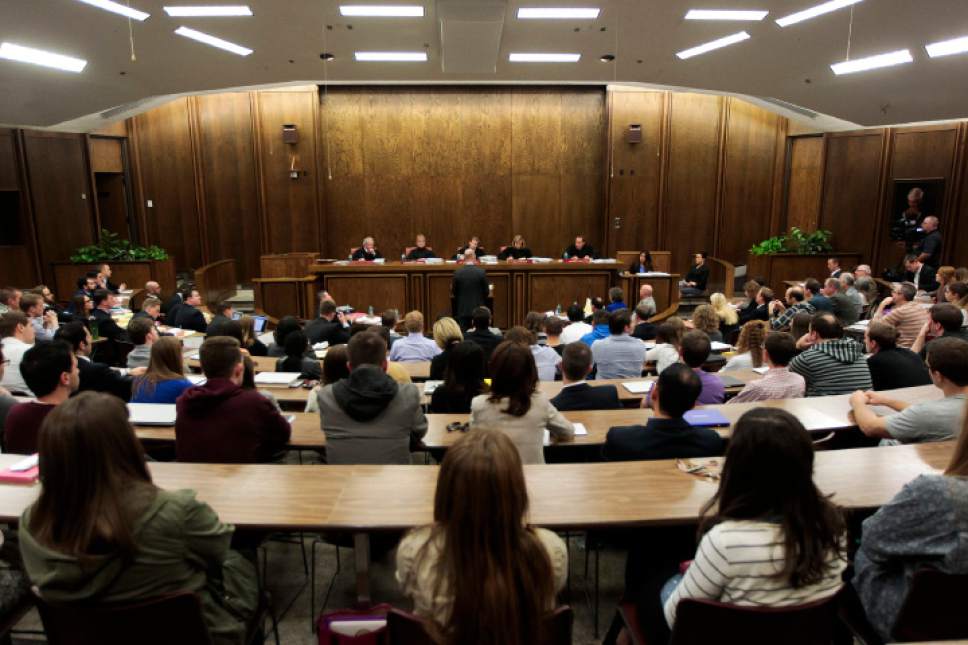 The American Bar Association is looking into a discrimination complaint against Brigham Young University's Law School. The complaint is familiar to those invoked by the BC Law Society in their objection to Trinity Western University's accreditation as a law school. 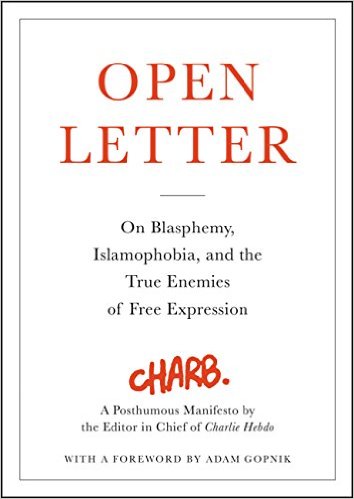 Check out this book from the editor-in-chief of Charlie Hebdo, who was murdered in the January 7, 2015 Islamist terror attack on that publication's headquarters. Here is the blurb from the link:

An impassioned defense of the freedom of speech, from Stéphane Charbonnier, a journalist murdered for his convictions

On January 7, 2015, two gunmen stormed the offices of the French satirical newspaper Charlie Hebdo. They took the lives of twelve men and women, but they called for one man by name: "Charb."

Known by his pen name, Stéphane Charbonnier was editor in chief of Charlie Hebdo, an outspoken critic of religious fundamentalism, and a renowned political cartoonist in his own right. In the past, he had received death threats and had even earned a place on Al Qaeda's "Most Wanted List." On January 7 it seemed that Charb's enemies had finally succeeded in silencing him. But in a twist of fate befitting Charb's defiant nature, it was soon revealed that he had finished a book just two days before his murder on the very issues at the heart of the attacks: blasphemy, Islamophobia, and the necessary courage of satirists.

Here, published for the first time in English, is Charb's final work. A searing criticism of hypocrisy and racism, and a rousing, eloquent defense of free speech, Open Letter shows Charb's words to be as powerful and provocative as his art. This is an essential book about race, religion, the voice of ethnic minorities and majorities in a pluralistic society, and above all, the right to free expression and the surprising challenges being levelled at it in our fraught and dangerous time.

Finally, a fun music video homage to Ray Kurzweil of "the singularity" fame. 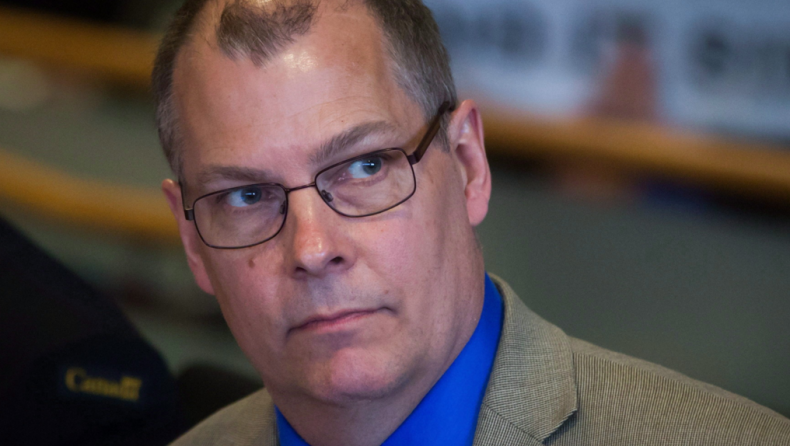 From The National Observer, we have an article detailing how the National Energy Board, stacked with oil industry sycophants by the previous federal government, is giving bad advice to Prime Minister Justin Trudeau. The image is of Peter Watson, chair of the NEB.

From the Council of Canadians, an article giving more details about why "trade deals" like NAFTA and even worse, TPP, are a bad deal for democracies. The lawsuit filed by TransCanada Pipelines against the US government for cancellation of the Keystone XL pipeline project is a case in point. For more links to details about the Trans Pacific Partnership (TPP) deal, check this link. 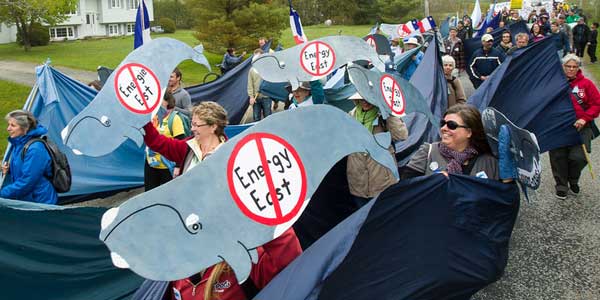 Also from The Council of Canadians, an article about the Energy East pipeline. Opposition to this project among mayors and residents is building based on the absence of significant benefits to the communities whose waterways it will be crossing and threatening with pollution from Alberta oil sands diluted bitumen. 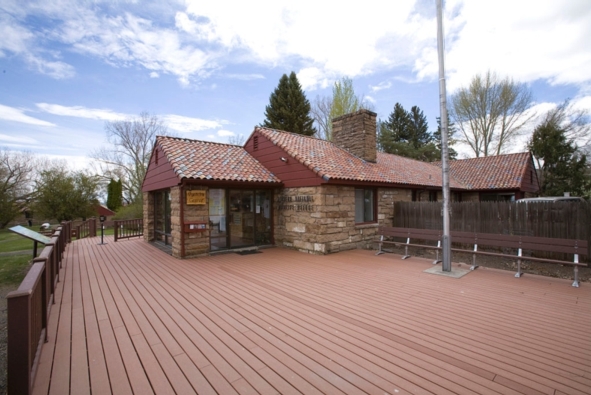 From Scientific American, an article about the adverse effect on the science of the archaeology and biology of the Malheur Nature preserve caused by the standoff with the right wing militants. Now that one of the terrorists is dead, the leaders are in jail and the rest are demanding everyone involved be pardoned before they will leave, Oregonians are left to wonder why this debacle has been allowed to drag on for so long. 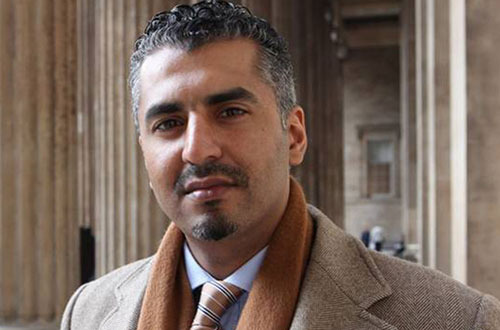 From Yahoo Australia, a compelling article by former Islamist, current Islamic reformer, Majid Nawaaz explaining how the far left's insistence that ISIS has nothing to do with Islam is helping ISIS to counter efforts of moderate Muslims to reform Islam.

From the latest Real Time with Bill Maher show, Bill rails against the willingness of European governments to capitulate to the demands of Islamic fascist governments and terrorists and the problems with being tolerant of intolerance. 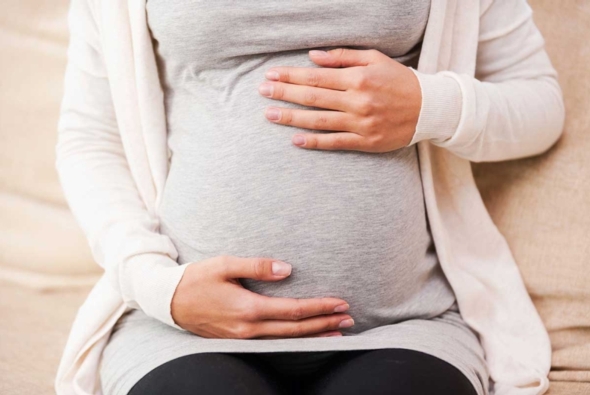 The Zika virus is causing more worries as its association with microcephaly becomes increasingly well established in the babies of women who contract the virus while pregnant. 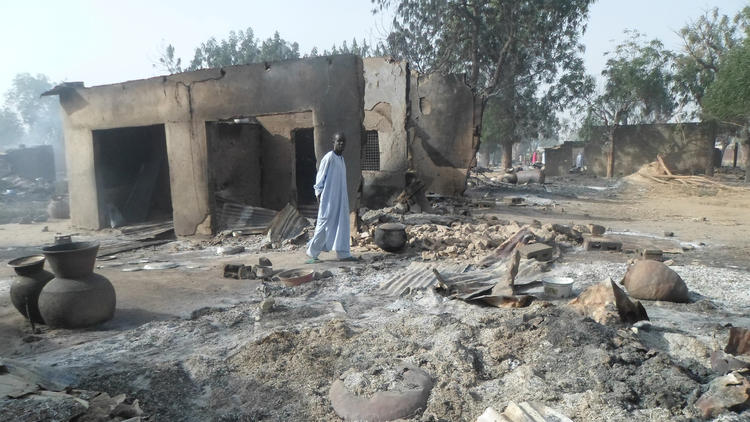 From CBS comes a report of yet another horrific atrocity by Islamist terror group Boko Haram:

ABUJA, Nigeria - A survivor hidden in a tree says he watched Boko Haram extremists firebomb huts and heard the screams of children among people burned to death in the latest attack by Nigeria's homegrown Islamic extremists. Scores of charred corpses and bodies with bullet wounds littered the streets from Saturday night's attack on Dalori village just 3 miles from Maiduguri, the birthplace of Boko Haram and the biggest city in the northeast, according to survivors and soldiers. 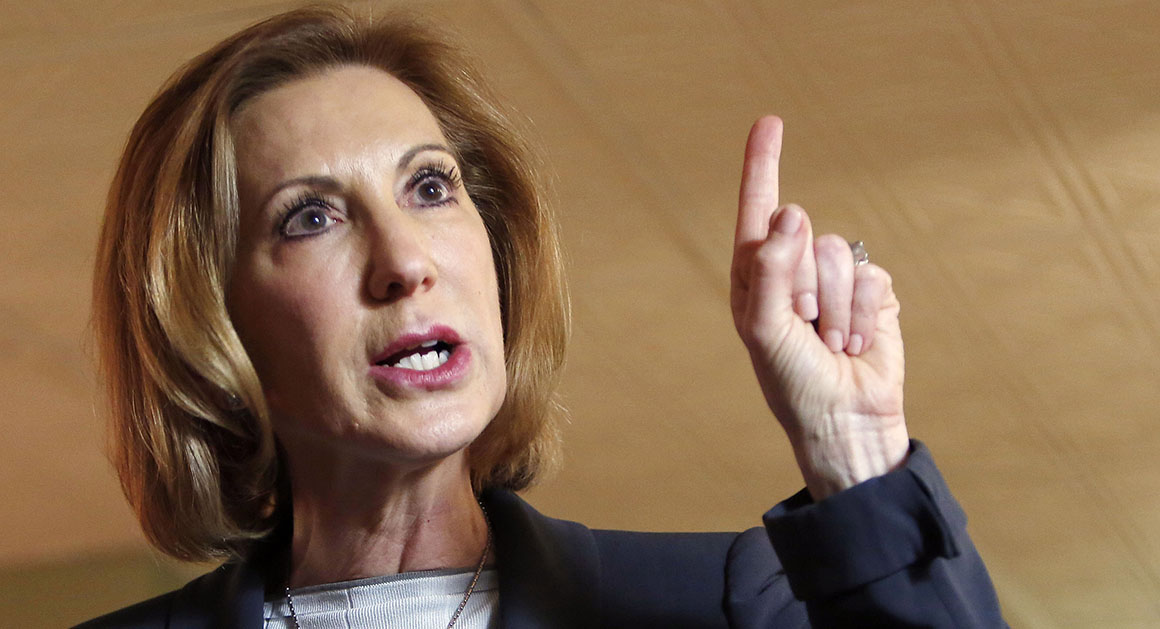 From The Daily KOS: By now we all know GOP Presidential wannabee Carly Fiorina has been telling everyone that she saw a video of an aborted fetus "with arms and legs kicking while Planned Parenthood people dissected the baby looking for its brain." The video on which this lie is based has been located. Turns out it was a video of a baby which was born but didn't survive. It had nothing to do with abortion. The anti-abortion-choice mother of the infant shown in the video is aware of Fiorina's lies but is going along with them because Jesus. 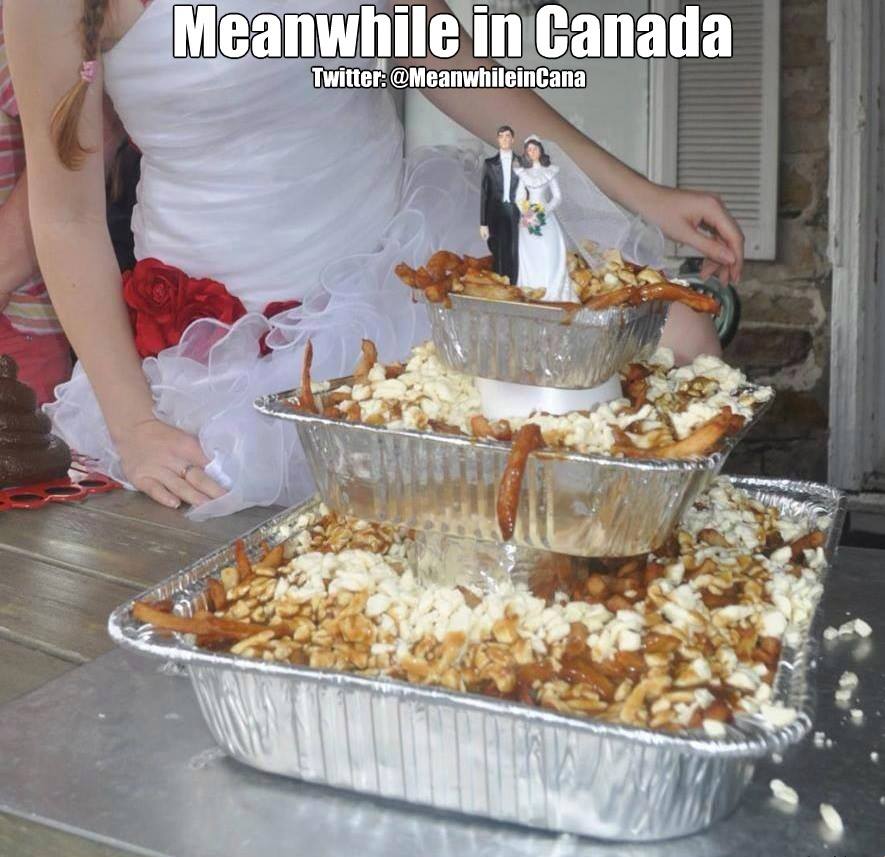 Finally (not because we've run out of truly ugly stories, but because I'm getting a tad bummed out about the whole segment) from Jerry Coyne's blog, an image which is definitely ugly, but kind of funny as well: A facetious American's take on a what a Canadian wedding cake might look like.