Evidence in Action: How governments find and use science in policy-making 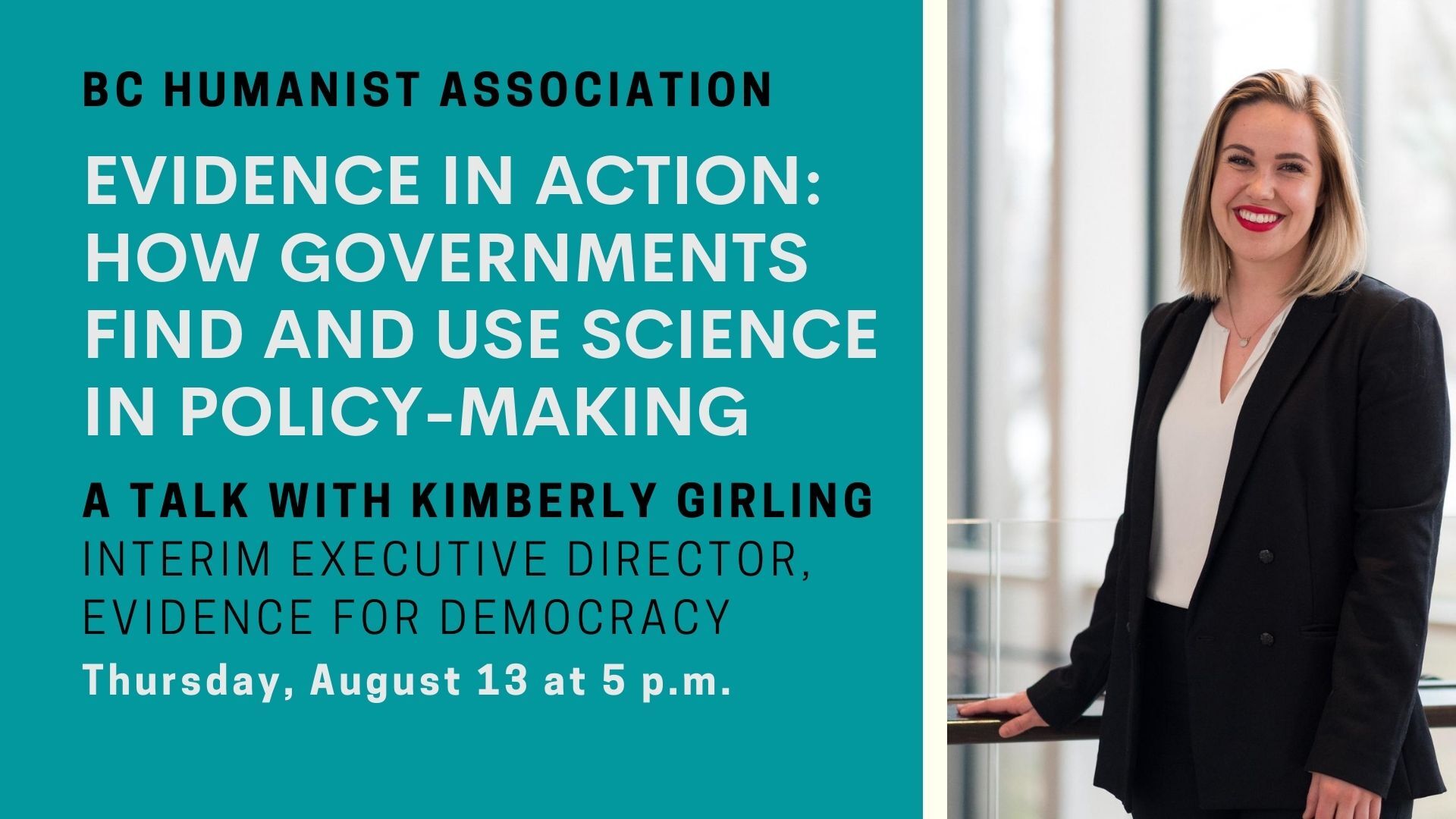 COVID-19, the overdose crisis and the climate crisis have forced many urgent issues in front of the public eye and to the top of our policy-makers' desks. But when creating new legislation, to what extent does the government rely on the advise of scientific experts — and how are those experts found? In this talk, Kimberly Girling, Interim Executive Director of Evidence For Democracy, will break down her organization's recent findings on scientific integrity in British Columbia, as well as the results of their national study that looked into how federal Members of Parliament find and use scientific evidence.

Prior to her time at Evidence in Democracy, Girling received her PhD in Neuroscience from the University of British Columbia. She has worked closely with government policy through her time as a Mitacs Canadian Science Policy fellow and as a Science Policy Analyst in two departments of the federal government. Throughout her time as a scientist, Girling has participated in several initiatives involving global and public health, harm reduction, and drug policy.

NOTE: This event is exclusive to BC Humanist Association members. You can join our membership program today for as low as $10 a year — just click here.