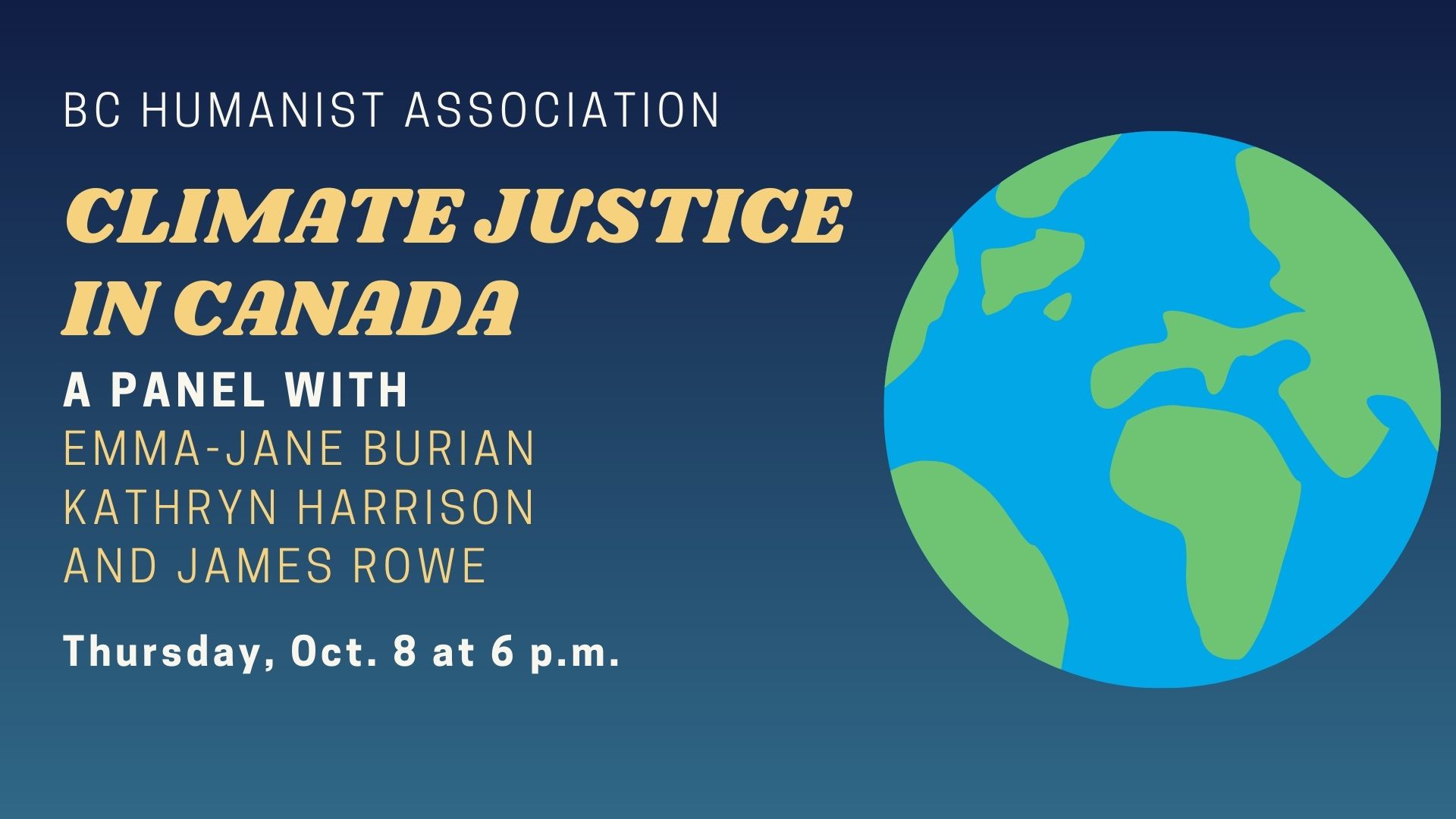 In 2018, the United Nations Intergovernmental Panel on Climate Change reported that there was just 12 (now 9) years left to prevent unprecedented extreme weather events and all the consequences that entails. One year ago, millions took to the streets to call for climate action.

Since then, despite action from activists across the globe, progress has not always been as linear and substantive as many had hoped. However, we have already begun to feel the impacts of extreme weather — from devastating wildfires in North American and Australia, to polar ice caps melting at six times the rate they were 30 years ago. Now more than ever, it is clear we are in a pivotal time for action.

In this panel, our speakers James Rowe, Emma-Jane Burian, and Kathryn Harrison will speak about the current state of climate justice in this unprecedented moment in time, and what work they see as crucial for the immediate future.

Kathryn Harrison is a professor of Political Science at the University of British Columbia. Before entering academia, Harrison worked as a chemical engineer in the oil industry, and as a policy analyst for both Environment Canada and the United States Congress. Harrison is the author or editor of several volumes, including Global Commons, Domestic Decisions: The Comparative Politics of Climate Change, and has published widely on Canadian and US climate and environmental policy. She is currently working on a book on the comparative politics of carbon taxes in Canada, Australia, France, and Ireland.

James Rowe is an associate professor of Environmental Studies at the University of Victoria. He is a co-investigator with the Corporate Mapping Project and is active in the fossil fuel divestment movement.

Emma-Jane Burian is a first-year political science student at the University of Victoria and activist who organizes on the beautiful homelands of the Lekwungen and W̱SÁNEĆ peoples. Most of her high school years were spent organizing for climate justice. She received a 2020 Victoria Leadership Award for her work on Flourishing and Safe Environments. Burian is now working to balance school and bringing her activism into politics, volunteering on multiple Green Party campaigns in the 2019 election, and in 2020 working as comms coordinator for Amita Kuttner’s Green Party Leadership campaign. She is determined to help solve the crises we face through building resilient communities.

RSVP for the link to join the live Zoom event. Questions for the panel can be submitted in advance through email to [email protected]