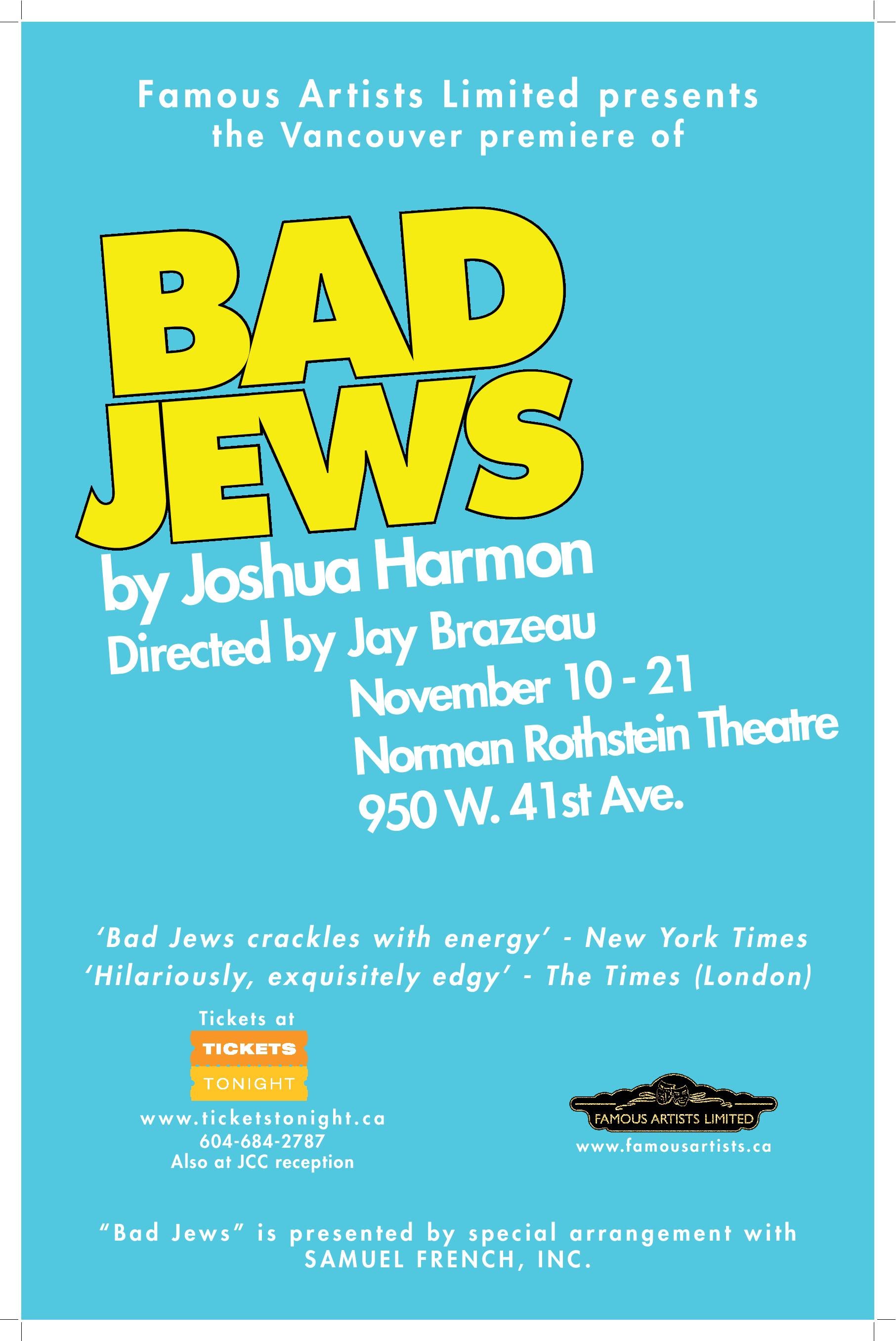 The hit of New York and London! The night after their grandfather's funeral, three cousins engage in a verbal (and sometimes physical) battle. In one corner is Daphna Feygenbam, a "Real Jew" who is volatile, self-assured and unbending. In the other, her equally stubborn cousin Liam, a secular and entitled young man, who has his shiksa girlfriend, Melody, in tow. Stuck in the middle is Liam's brother, Jonah, who tries to stay out of the fray. When Liam stakes claim to their grandfather's Chai necklace, a vicious and hilarious brawl over family, faith and legacy ensues.

Local actor and Humanist Goldie Hoffman stars as Daphna in the Vancouver production of Bad Jews. Join the BC Humanists for a special group theatre trip on Friday, November 20.

Tickets are normally $39.75 but through our group deal are only $35. Limited quantities available.

We've sold out of our group tickets. You can still buy general tickets to the show here.