Since the democratic uprising of the Arab Spring in 2011 Syria has been ravaged by civil war. The unrest has allowed fundamentalist groups like the Islamic State rise and spread terror across the region. Millions of families have been displaced to refugee camps across the region.

Many of you have asked me what we can do as the BC Humanist Association.

Well I'm excited to announce that we have a huge opportunity to help bring a family to Canada. We have some significant pledges that put us more than halfway toward the $30 000 we'll need.

Read more on our website and consider making a donation or pledge to help.

I know I've asked for a lot this year but this could be the most important thing we do as a community. We have a chance to truly put our values in action and help rebuild the lives of people ravaged by war and religious extremism. 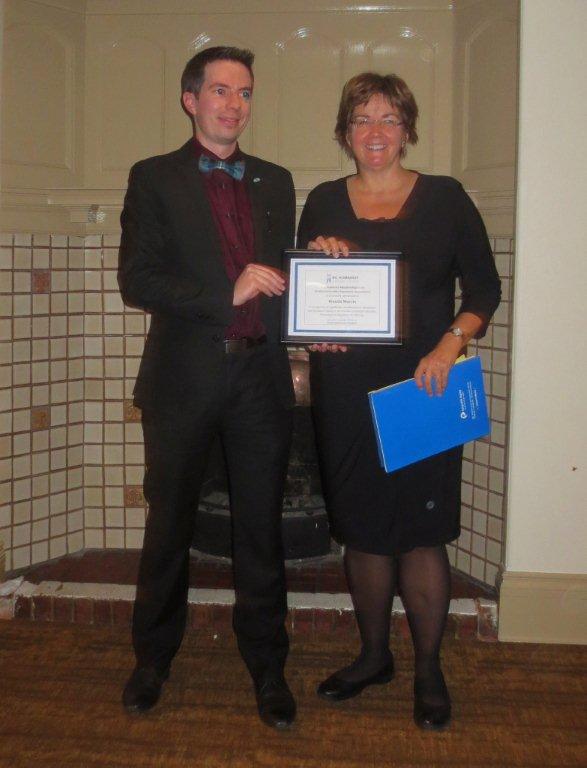 On Saturday forty Humanists gathered at Brock House Restaurant for our annual Winter Solstice dinner. I was pleased to present Wanda Morris, CEO of Dying With Dignity Canada, with an honorary membership.

Thanks to Kirsten for organizing and to Glenn for our traditional Moment of Bedlam and games.

View pictures from our dinner.

You can find a recording of Tee Barnett's presentation from Sunday on effective altruism and Charity Science here. Other recordings are available on our SoundCloud channel.

Email me if you're able to help us edit and post audio recordings from our meetings.

The refugee program is in addition to the other projects and campaigns we are taking on over the next year. General donations ensure we can continue to stand up for secular and progressive values and build a community to support Humanists across the province.

Donate to the BC Humanist Association today.

On Sunday, December 27, 2015, we will watch a video featuring Guy Standing speaking about his book The Precariat: The New, Dangerous Class. Standing explains the situation of growing numbers of skilled and unskilled workers in the developed world who have no job security, no benefits, and are compelled to spend a large part of their free time preparing to compete for fewer and fewer well-paying jobs.

Ullrich's away this week so we don't have our usual roundup of interesting news. Instead, check out Secular Lynx's weekly roundup.