It is with a heavy heart that I share the news that Dr. Henry Morgentaler has died.

Dr. Morgentaler was arguably Canada’s most famous and influential Humanist. His secular values emboldened him to fight for reproductive freedoms.

He rose to prominence well before my time as he fought to legalize abortion in Canada in the 1960s and 1970s, culminating in the 1988 Supreme Court of Canada decision which struck down Canada’s abortion law. You can read a full biography of Dr. Morgentaler’s life in the Globe and Mail. 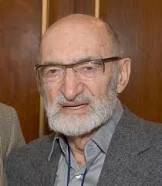 I never had the chance to meet Dr. Morgentaler but I admire the work he did. His commitment to human rights and Humanism should serve as an inspiration to every one of us as we strive to leave this world in a better place than we found it.

There are some who argue that atheists and Humanist groups should shy away from political fights. I have even been told that because anti-abortion Humanists exist that we should be hesitant about taking stands on these issues.

For me though, a commitment to Humanism means that we must take responsibility for the life that we have. We must do everything in our power to make it better for those marginalized by the systems and institutions that would tell us to settle for what we have and to wait for justice in the afterlife.

I refuse to wait, I demand justice now.

For men and women, cis and transgendered, straight, bi, and gay, regardless of ability, race, nationality, or otherwise, every human being deserves dignity and respect.

The fight for dignity is far from over in Canada. Right now the federal government is trying to reverse a decision by the BC Supreme Court to allow terminally ill patients to choose the method of their death. Our province’s child poverty is still the second worst in the country. The glass ceiling still exists for many women. Most of BC remains on unceded First Nations land. The list goes on.

As Humanists, we apply scientific skepticism to work toward a more just world. Compassion and hope tell us where we need to go, reason and evidence tell us how to get there.

I do not wish for Dr. Morgentaler to rest in peace. As an atheist he would not believe himself to be resting, ready to awake later and because there is still work to be done.