Our Vice-President Gord Leslie spoke with CBC this weekend about how peace and compassion are now more important than ever. Gord was invited to speak about the World Interfaith Harmony pilgrimage that was schedule for Sunday but was ultimately cancelled because of the snow.

Listen to the interview.

Also over the weekend, one of our Humanist Chaplain, Marty Shoemaker attended a vigil for the victims of last week's attack in Quebec and Ian Bushfield attended the rally against Islamophobia downtown. Read more on CBC. 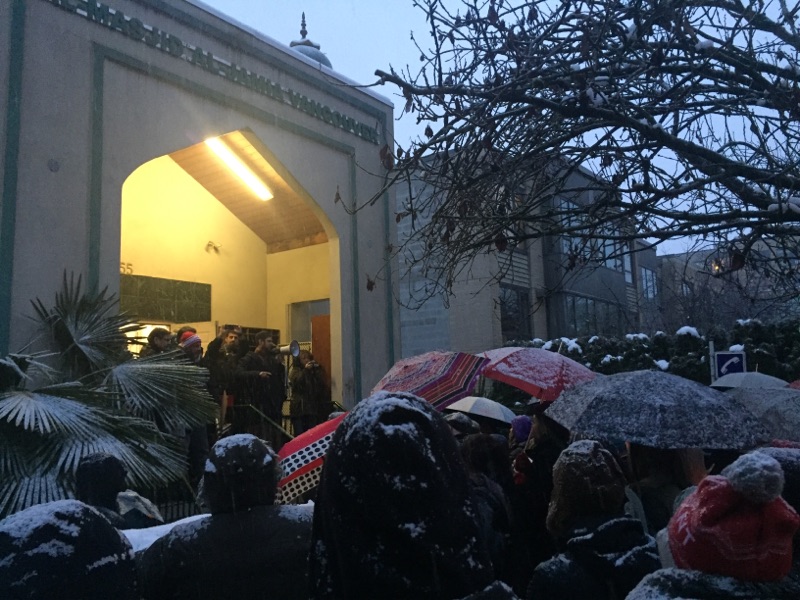 These events together are a strong symbol of solidarity against bigotry and irrational hatred. While many of the speakers were Muslim, they still spoke of Humanist values: tolerance, peace and compassion.

PS We know many atheists dislike the term "Islamophobia." We take it here to mean arbitrary bigotry based on the sole fact that a person is Muslim. There is a time and place to debate the tenets of Islam and problems of Islamic extremism but these events were about standing up for peace and against bigotry.

It's with sadness that we report that long-time BCHA member Sylvia Dunnet has died. She is survived by her husband Ross.