Empire and Progress in the Victorian Secularist Movement 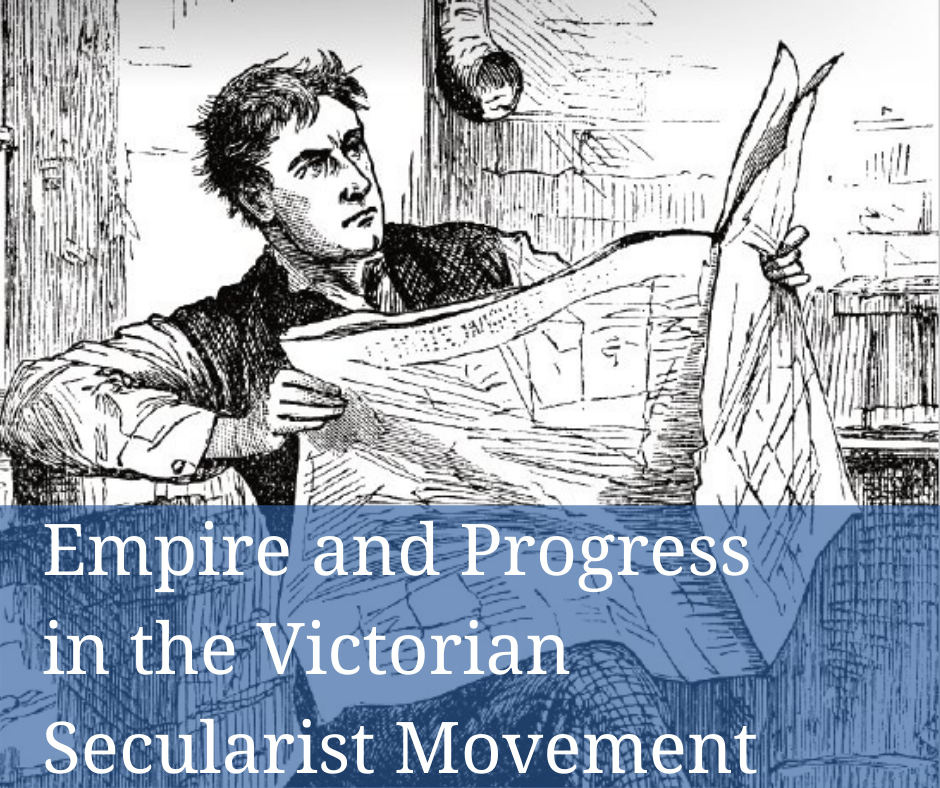 Join us for an online discussion with Patrick Corbeil, the author of the new academic historical book, Empire and Progress in the Victorian Secularist Movement: Imagining a Secular World.

This book is the first extensive historical analysis of the relationship between empire and the Victorian secularist movement. Historians have paid little attention to the role of empire in the development of organized free thought. Secularism as it developed in Britain and its settler colonies was an overtly outward-looking, global ideology in a period marked by the rise of scientific rationalism and belief in the logic of a European civilizing mission. Recent scholarship has focused on how the empire influenced British and American atheists on the question of race. What is missing is an in-depth examination of the formation of secularist ideas about universal progress, ethics, and secular morality. Through an examination of the secularist periodical and pamphlet press, this book argues that the religious diversity of the British Empire helped to shape the ethical worldview of the secularists, providing ammunition for their critiques of Christian morality and the church and justification for their policy reform proposals both in Britain and the colonies.

Patrick Corbeil is a historian of atheism, secularism, and secularization.

All RSVPs for the talk will also receive a discount code for 20% off the cover price of the book.

Read more and purchase the book