On Saturday, around 2000 people in Vancouver joined over 100,000 people worldwide in the first ever March for Science.

This solidarity follows ideological and politically-motivated attacks on evidence based policy, which have been documented from different levels of government around the world. Evidence for Democracy has even identified the threats facing publicly-funded science here in BC.

Those who spoke after the march, including our Executive Director, highlighted the importance of science, curiosity and evidence, while also challenging science and science-enthusiasts to do more to promote diversity and inclusivity within the scientific community.

If you missed those talks, you can find them on YouTube here.

Keep standing up for science! 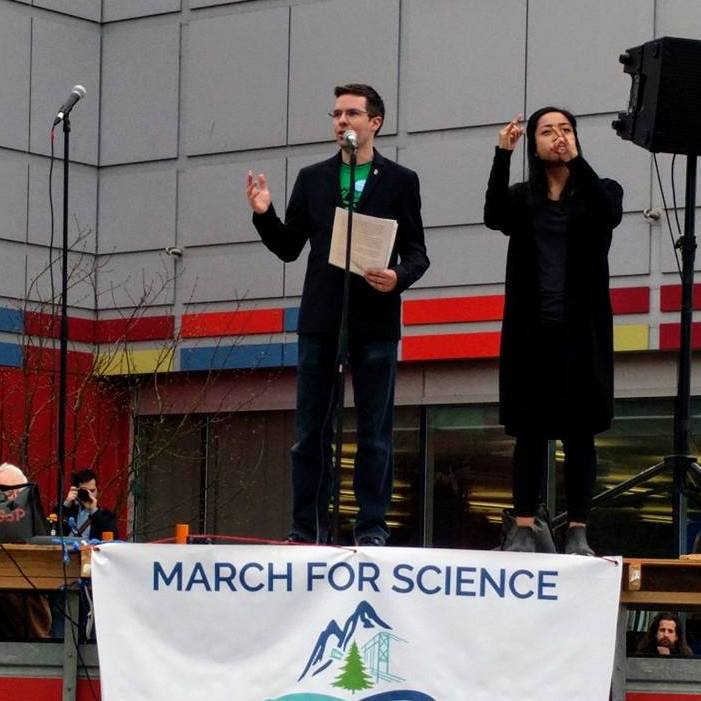 Let us know if you're interested in standing for the board. We'll also be voting on a new constitution and bylaws.

You must be a member to vote at the AGM - check or renew your membership now.