Humanists are welcoming the introduction of a bill to ban conversion therapy in Canada.

Conversion therapy is a discredited and harmful practice to try to change one's sexual orientation or gender identity. It is largely based on pseudoscientific views of sexuality and gender.

The BC Humanists are supportive of efforts to ban conversion therapy and wrote in support of moves by the City of Vancouver and BC Green MLAs to prohibit the practice. Nova Scotia, PEI, Manitoba and Ontario have passed laws to ban the practice from their healthcare systems.

Further background on conversion therapy and the proposed changes 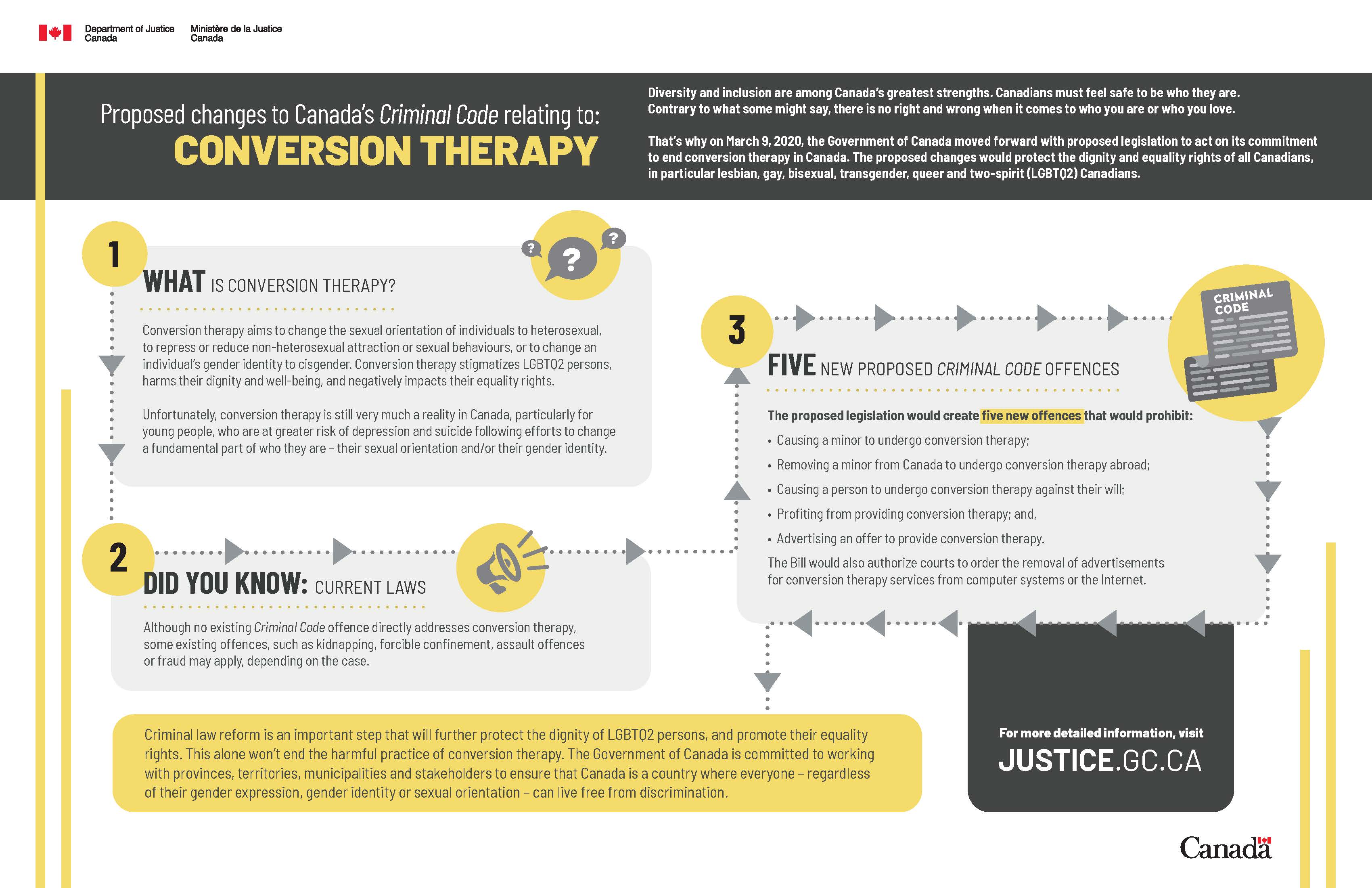