Trinity Western University and the Court of Public Opinion 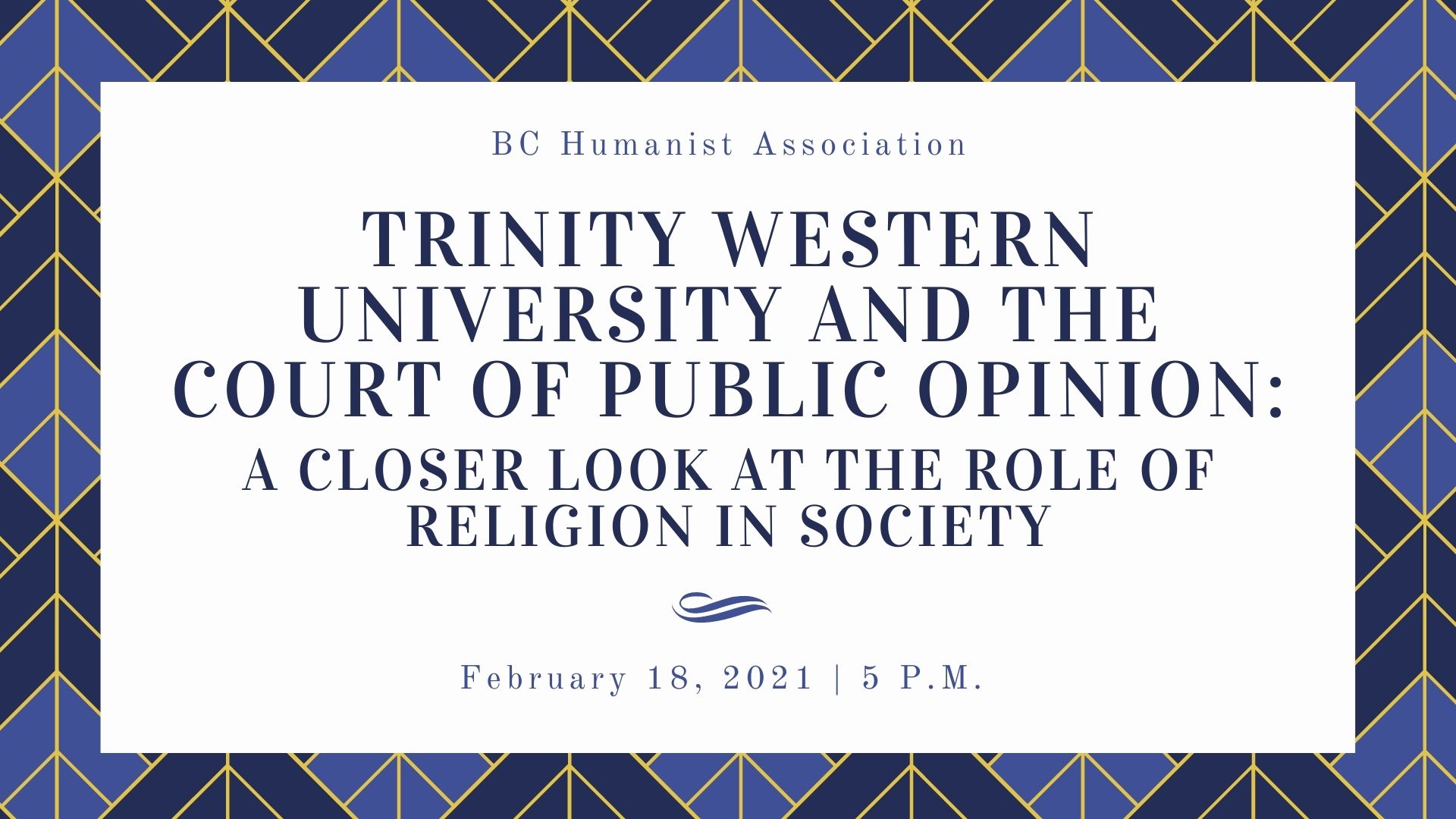 On February 18 at 5 p.m., join us for a live virtual event, "Trinity Western University and the Court of Public Opinion: A Closer Look at the Role of Religion in Society" by Paige Thombs.

In 2018, Trinity Western University (an evangelical liberal arts university in the Fraser Valley), lost their fight to establish a law school when the Supreme Court of Canada (SCC) ruled in favour of the Law Societies of Upper Canada and British Columbia. Both law societies stated that they would deny a licence to practice law to any future graduate of TWU. The societies based their decision on TWU's controversial "Community Covenant," a code of ethics that defines marriage as "between a man and a woman."

For two years leading up to the SCC decision, both state and non-state bodies, human rights groups, media, and many individuals offered their opinion on what should be Trinity's fate. The vast majority of those opinions were in opposition to what Trinity was trying to do: establish a law school with a Christian-world focus (as well as the first law school that would focus on charity law).

In spite of the overwhelming public response, few knew anything about Trinity Western University, choosing instead to listen to a single often united opinion. In this talk, I will attempt to draw a more fulsome picture of TWU, as well as argue that religious-based schools such as TWU serve an important purpose in an increasingly secular world, a purpose that is not at odds with human rights.

Paige Thombs is a PhD student in the Faculty of Law at the University of Victoria. Paige continues to be fascinated by the public response to religion and the intersection between religion and law. Paige's Master's thesis, entitled "Arc of the Covenant: the Evolution of Trinity Western University's Code of Conduct as a Response to Secularization," examined several iterations of the Code over a period of 40 years. Her PhD dissertation will look at how religious lawyers use faith to inform their legal practice. Paige is neither a lawyer, nor religious.