Speaking up for dissent in Canada

Speaking up for Dissent in Canada

As part of its commitment to freedom of expression and the importance of dissent, the BC Humanist Association has signed onto the new Voices-Voix Declaration.

The 2016 Declaration succeeds the previous declaration which decried the muzzling of government scientists, political audits of charities and general advocacy chill. With the election of a new government, the new Declaration calls for an overhaul of laws and regulations to foster a strong and independent civil society.

These changes are vital to ensuring that the BC Humanist Association and other freethought groups are able to continue to challenge religious privilege and push for greater equality for all. 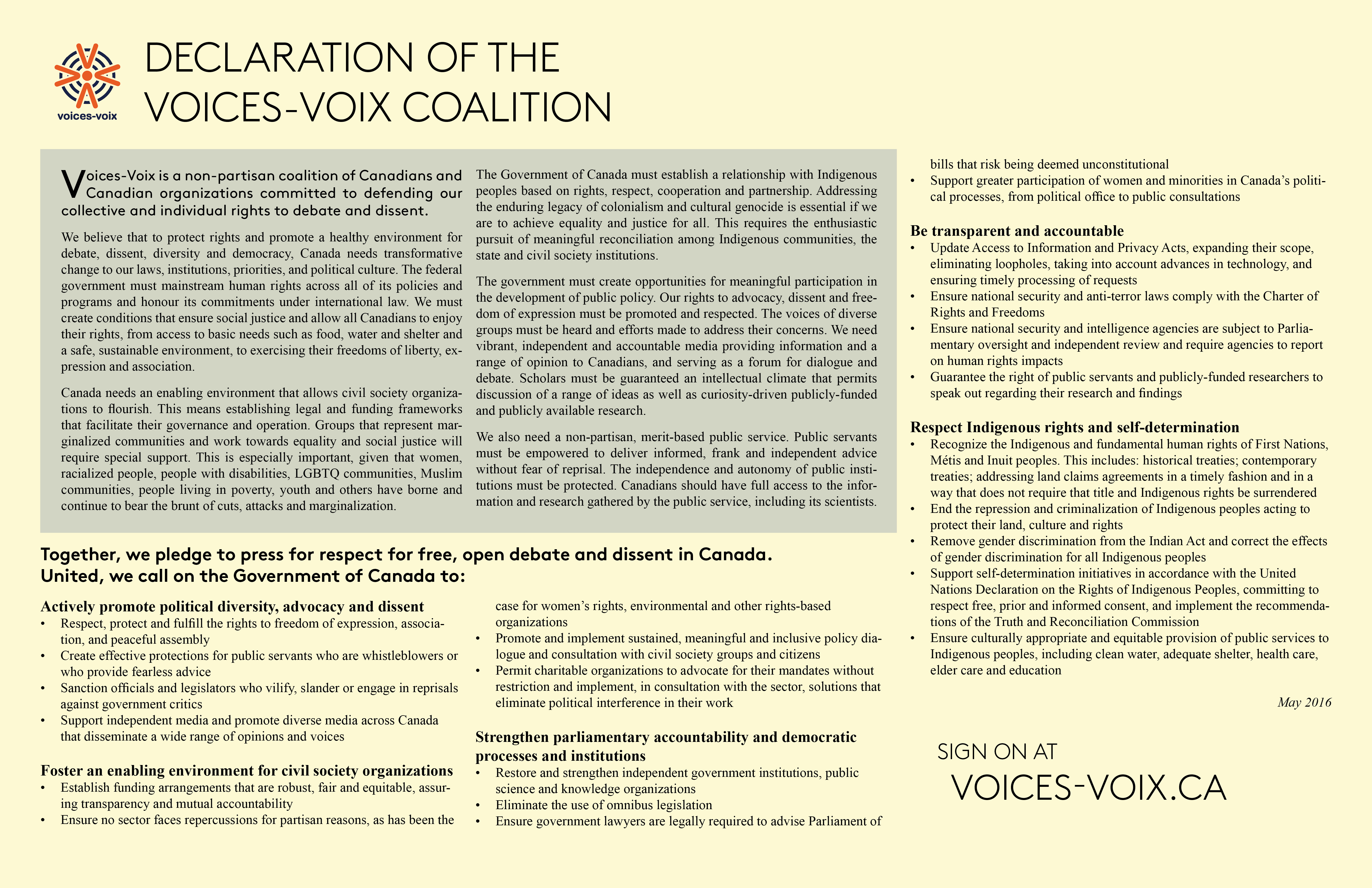