This past Sunday, over 40 of us enjoyed a brilliant and whimsical yet frightening presentation by the PEN Canada / Ken Filkow prize winning artist Franke James. Through her perseverance, James was able to uncover evidence that bureaucrats and deputy ministers in the federal government effectively censored a planned European art tour, due to her "controversial" views on climate change and the oil sands. The complete story of this Kafka-esque experience is documented in Franke James' book Banned on the Hill and in her latest blog, "Oh No Canada! Six easy ways to crush free expression".

If you didn't make it on Sunday, you can watch Franke James' talk on our YouTube channel. 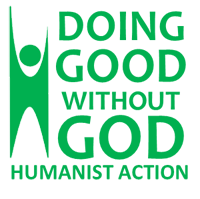 On Sunday, October 18, 2015, at the Oakridge Seniors Centre, Gurmail Gill of the Tarksheel (Rational) Cultural Society will be speaking to us about Humanism and rationalism in the Indian community.

On Sunday, November 1, 2015, at the Oakridge Seniors Centre, we will be showing a video of Sam Harris and Maajid Nawaz, in a panel discussion at Harvard, speaking on the new book on which they have collaborated: Islam and the Future of Tolerance.   Maajid is a former fundamentalist Islamist who is now working to reform Islam.

The November book club selection is Thinking, Fast and Slow, by Dan Kahneman.  The meeting will be on Tuesday, 3 November, 2015 at 7pm at Goldis and Kirsten's home.  At the beginning of that meeting, we will decide on the selection for the February 2, 2016 meeting.  There will be no January book club meeting.

The December book club selection is Waking Up by Sam Harris. The meeting will be on Tuesday, 1 December, 2015 at 7pm at Goldis and Kirsten's home.  At the beginning of that meeting, we will decide on the selection for the March 1, 2016 meeting.  There will be no January, 2016 book club meeting.

The most critical Canadian federal election in over a decade will take place on Monday, October 19, 2015.  To help you decide which party best reflects your wishlist of how the various issues facing Canadians should be dealt with, the CBC has come up with Vote Compass. After answering questions about your attitudes to a list of issues, the app ranks the parties running in the general election according to how well their platforms line up with your responses. The above video shows how this application was used in Australia's last federal election. 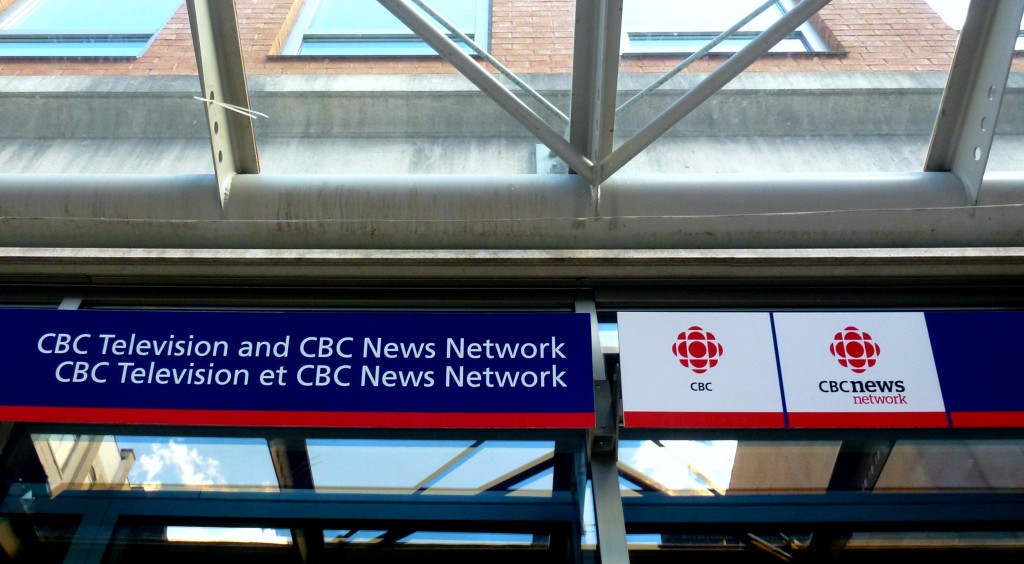 More bad news about the Trans Pacific Partnership has surfaced from Wikileaks this past week. The CBC and Canada Post may be sold to private corporations if the deal is ratified. Please consider clicking this link to register your demand that the full text of this agreement be made public before the election on October 19. 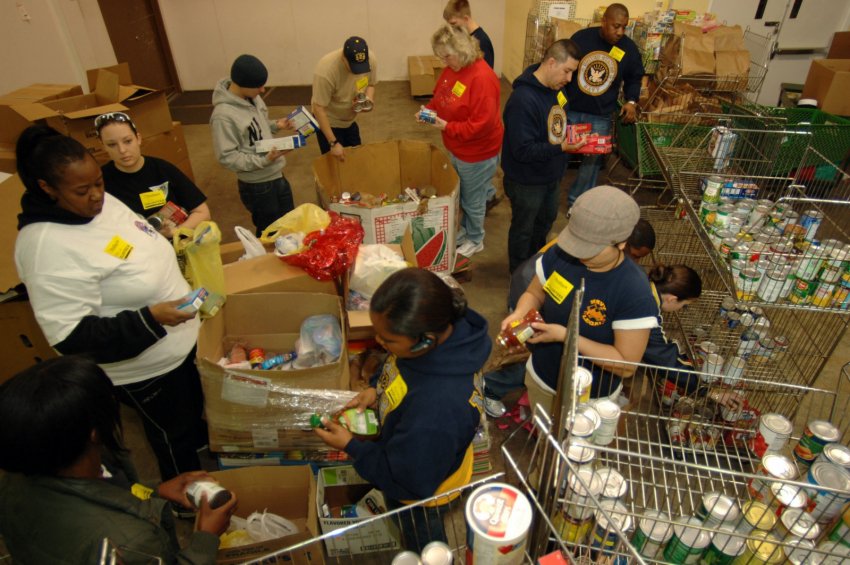 Michael Wilson of the Vancouver Observer has written an insightful article on how Conservative policies promote wealth inequality and undermine the standard of living of the majority of Canadians, leading to scenes like the above photo of clients of a local food bank. 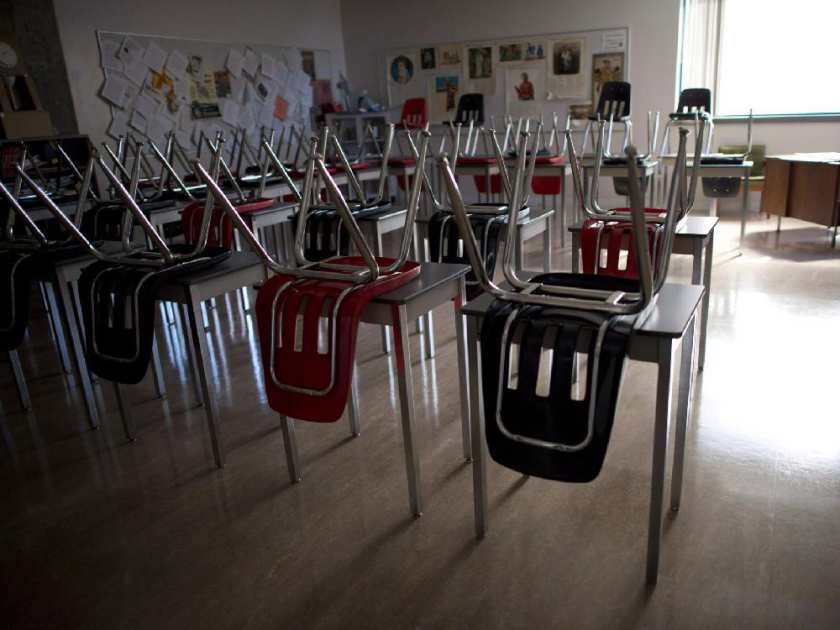 The Busby, Alberta school board is continuing to insist on mandatory school prayers despite pleas from the mother of an elementary school student to end the practice. Apparently, their God is so thin skinned that he will be hurt if not everyone bows their head to Him at least once a day, whether or not they believe He exists. 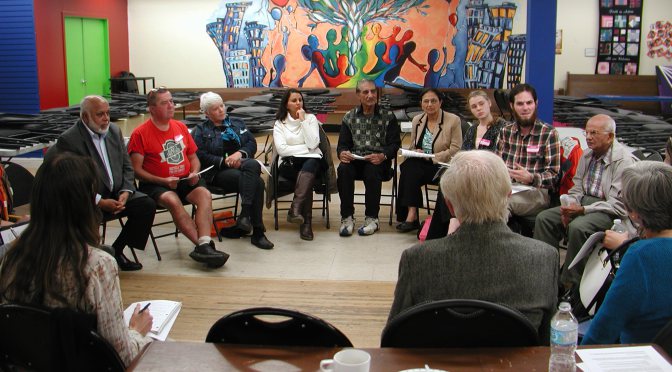 The Surrey InterFaith group met on October 2nd with BCHA board member Gordon Leslie in attendance.  One of the events they have scheduled is a conference on climate change on 17 October 2015.  Please click the link for details. 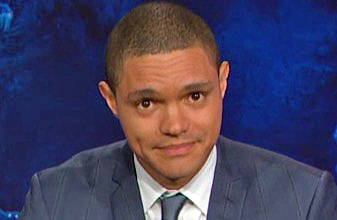 Trevor Noah of The Daily Show demolishes the lies and hypocrisy of the GOP candidates pandering to the Christian "gotcha" videos which falsely purport to show Planned Parenthood conspiring to sell babies for parts. His contrast between their fake outrage over legal abortions and their "stuff happens" attitude toward gun violence is brilliant. 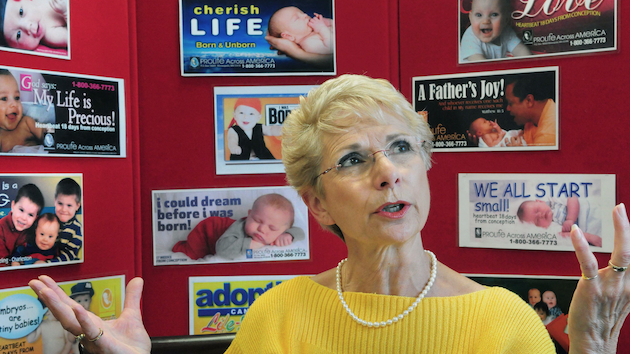 California has the distinction of being the first state to crack down on deceptive anti-abortion "crisis pregnancy centers" which provide misleading information to women in an effort to prevent them getting an abortion. For more on how these centres have infected British Columbia, read Joyce Arthur's 2009 report for the Pro-Choice Action Network.

Possibly due to opposition to pipelines and oil trains in Canada, the Pacific Northwest of the USA is being targeted by Shell Oil as a route to bring dangerous and environmentally destructive oil trains to the West Coast for export. In light of the Lac Megantic oil train disaster in Quebec, there is considerable reason for people near the proposed route to be concerned.

The Jumma people of Bangladesh are in danger of being exterminated.  Please consider signing the petition to demand the government of Bangladesh protect these indigenous people against colonization of their traditional territories. 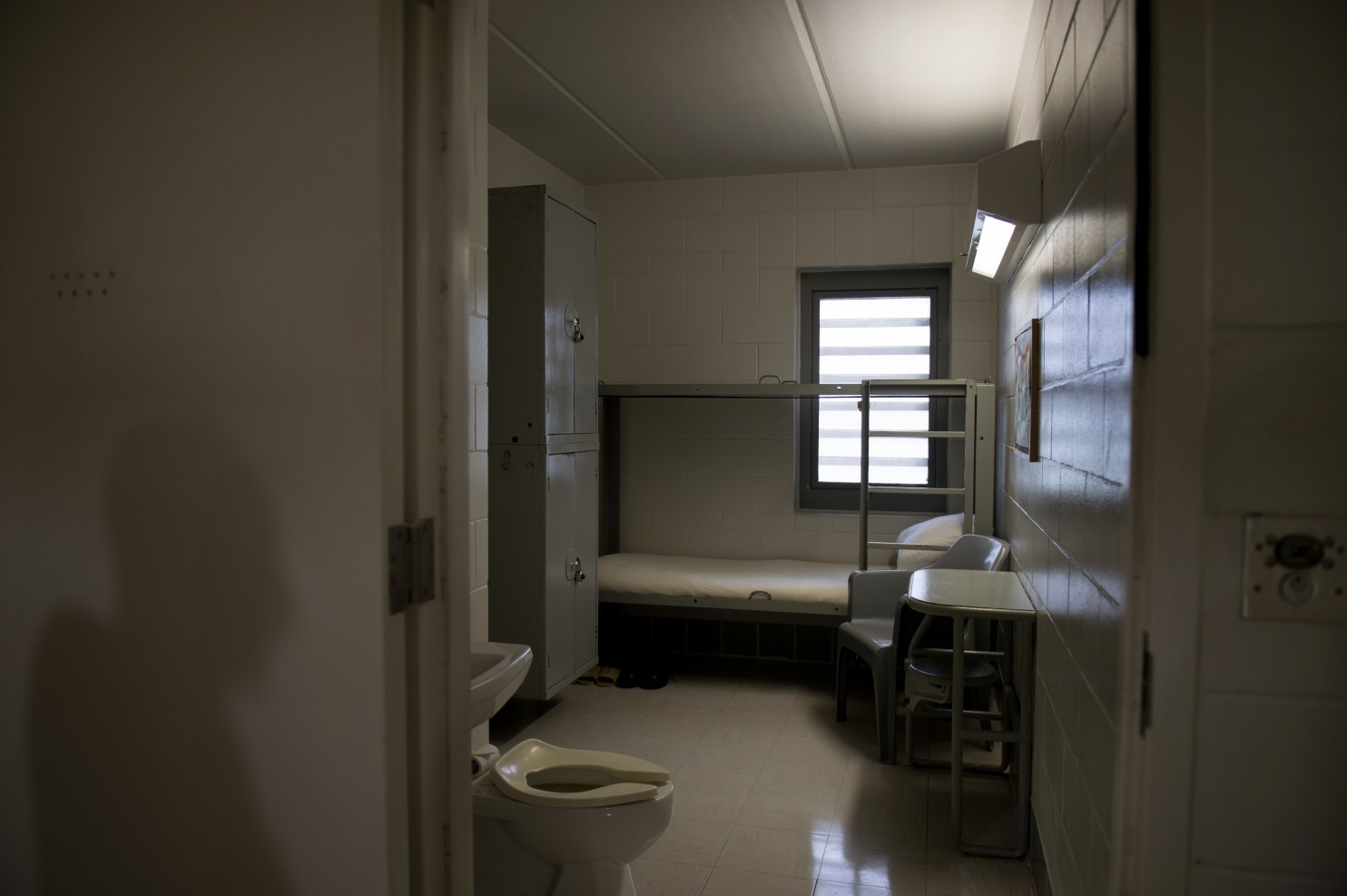 More hopeful signs of the beginnings of winding down the failed war on drugs emerged this week when the US Justice department announced 6000 federal prisoners will be released at the end of the month, with a possible 46,000 more to follow as sentencing guidelines are being revised to relieve overcrowding in prisons in the country which has (in proportion to its general population size) more prisoners than China and other countries which are not renowned for respecting the civil rights of their citizens.

The Christian Right is once again fulminating about how the recent Oregon school shooting was by an atheist targeting Christians.  The Friendly Atheist, Hemant Mehta, sets the record straight.

In case we needed any more reasons to push back against the drive toward theocracy, this video (also from The Friendly Atheist) explains why its author thinks it is a good idea to put to death anyone who doesn't submit to this guy's version of Christianity. 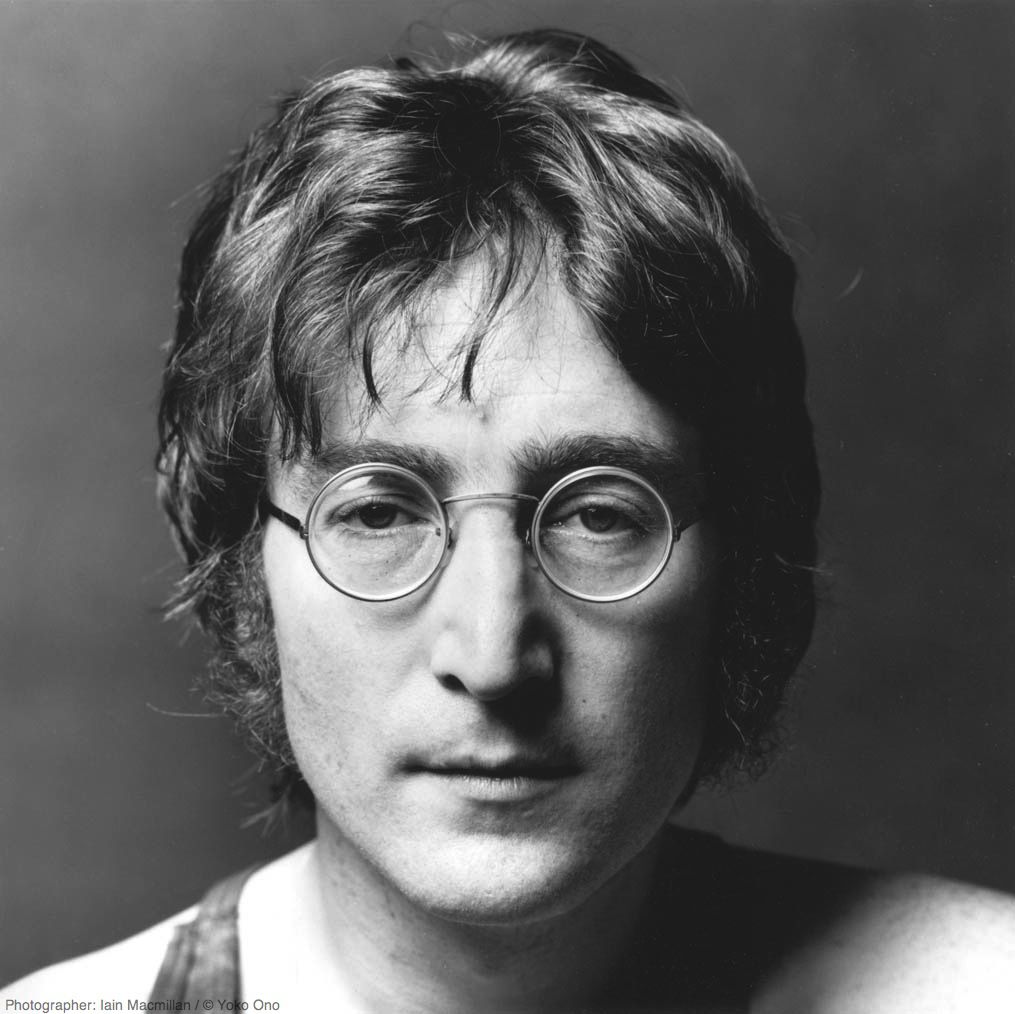 John Lennon would have turned 75 on October 9, 2015 had he not been murdered. The Freedom From Religion Foundation has a podcast in memory of this likely atheist and Humanist. 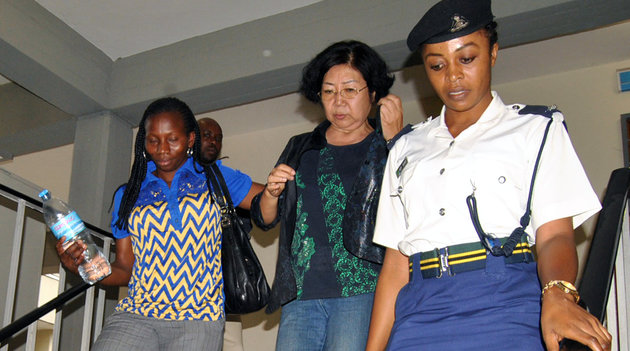 Tanzanian authorities have arrested "The Queen of Ivory", hopefully extending the date by which African elephants are scheduled to go extinct by a couple of years.  She's the one in the middle of the photo.  She is responsible for the illegal sale of $2.5 million worth of poached elephant tusks. 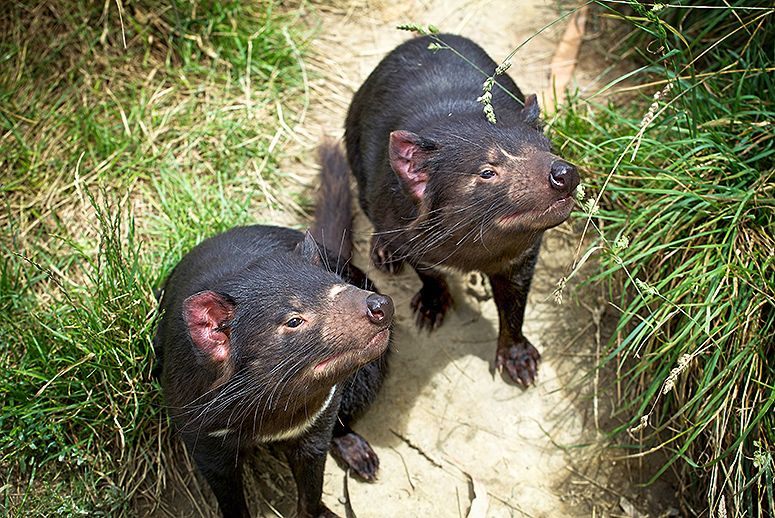 A bit of good news for those of us who value biological diversity: The Tasmanian Devil may be rescued from the brink of extinction by a new vaccine which prevents the spread of Devil facial tumour disease. 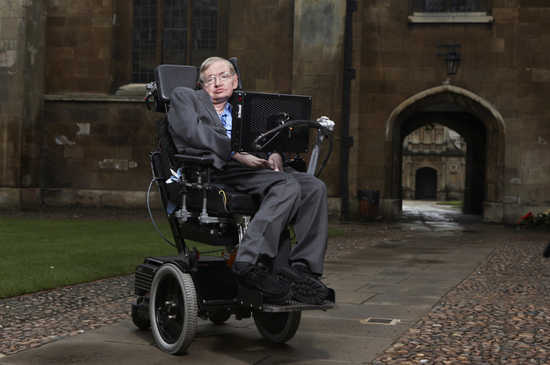 Stephen Hawking has come out with an interesting insight into the dangers of the (probably inevitable) rise of Artificial Intelligence: The AI itself will not be a problem, but wealth inequality will be.  This ties into the movement toward a Guaranteed Annual Income, something which will be the topic of a future BCHA Sunday meeting (November 22, 2015 at the Oakridge Seniors Centre) when Nick Taylor of Basic Income Vancouver will be speaking. 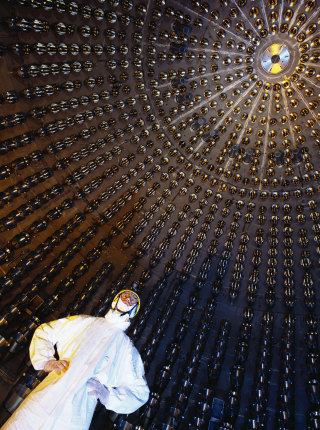 Here is a fascinating article from theoretical physicist Lawrence Krauss explaining the implications of the Nobel Prize winning discovery that some neutrinos have mass (which was shared by a Canadian). Basically, it means that physics is still incomplete and there is still more to be discovered - and more importantly, that the surprising discovery of an infinitesimal mass associated with neutrinos is the first step on the path to further revisions to the standard model of quantum physics. 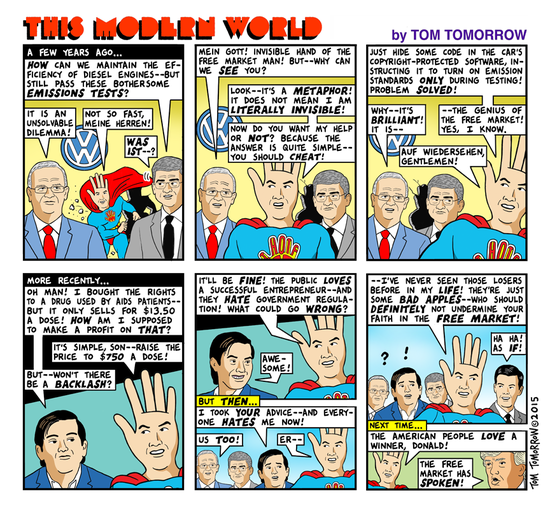 And finally, a cartoon explaining how the Invisible Hand of the Market convinced Volkswagen to create software to cheat on emission tests of its diesel cars, enabling it to sell cars in California which emitted 40 times the pollutants allowed by law.

Not getting enough news through our weekly updates? Check out the blog CanadianAtheist.com as well as the regular roundups of Canadian secular news from Secular Lynx and the weekly updates from the International Campaign to End Blasphemy Laws.